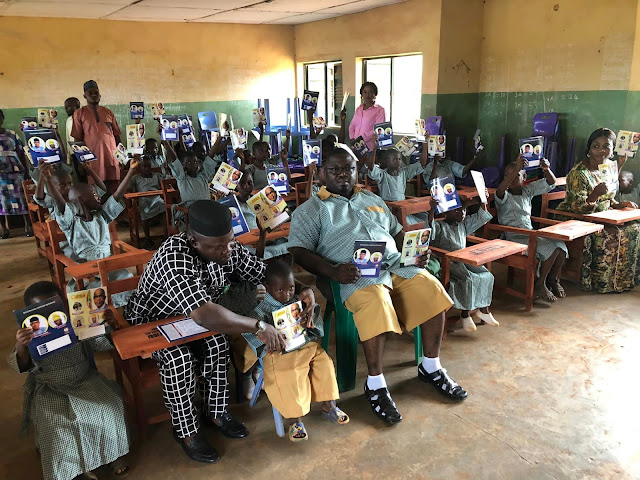 The foundations donated the educational support materials to support the 'Back To School initiative of the Executive Chairman of Odogbolu Local Government, Hon. Ladejobi Shuaib Adebayo where other support items like marker boards, classroom desks, schools uniforms among other were distributed by the Executive Chairman.

The 'Back To School' initiative started upon Hon. Ladejobi Adebayo Shuaib assumption of office as the Executive Chairman of Odogbolu Local Government last year with fumigation and cutting of lawns in all the primary schools in the local government in preparation for resumption. 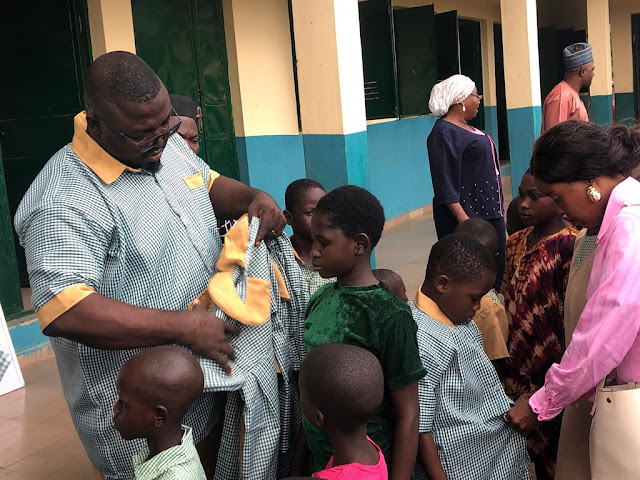 Hon. Ladejobi Shuaib commended the promoters of both foundations for laying a good foundation for pupils especially at the primary level. While he encouraged them not to relent in the effort of partnering with the local government in bringing social development to the grassroots as they have been doing in the past with their various initiatives like: Kids Tour To Hubert Ogunde Museum; Wealth Creation Scheme With Polaris Bank; The Fitila Health Pack to the venerable in the society, among other good gestures.

The promoter of Detola Abike Mogaji Memorial Foundation, Mr. Mogaji Olatunde noted that the ‘Back to School' Initiative was an idea of the Council Chairman which has been a tradition whenever pupils resume for the new session and we are glad to move the initiative from just providing a conducive environment to providing educational support materials to pupils to reduce the financial burden on the parents. 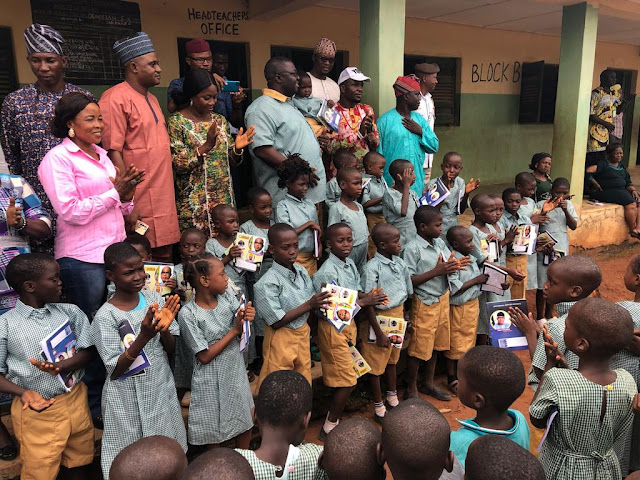 "The idea is to give back to the people and particularly to impact the lives of the pupils. We need to support the parents in our little way and reduce illiteracy among our people and it will give me joy to see the children grow to useful adults”. Mr. Mogaji Olatunde concludes

Also speaking at the distribution of educational support materials at the one of the visited school Holy Flocks Primary School,Odogbolu, Ward 4,The One-time aspirant of Ogun State House of Assembly, Odogbolu State Constituency, Hon Oluwaseun Adekunmi Adekunmi Oguntade thanked the Executive Governor of Ogun State, Prince Dapo Abiodun, for making Education a priority in his administration especially the construction of new and renovations of classrooms blocks with the most recent construction of blocks of the classroom at St Francis Primary School at Ibefun.

"It is my believe that Prince Dapo Abiodun continuity in Office for another term will enable him to continue to harp on qualitative education and work hard to upgrade as well as equip more schools across Odogbolu local government and Ogun State at large" Hon. Oluwaseun Oguntade stated.

The former House of Assembly aspirant Hon. Oluwaseun Adekunmi Oguntade further explained that the Education support gestures will make the kids stay in school and put in their best while reducing the expenses of education that may burden the parents of students, as well as to encourage children to return to school to learn, grow, and strive for a brighter future.

Responding, the Headteacher, at St John Anglican Primary School, Oke-orundun, Mrs Onalode stated that the donation was timely as some students come to school without writing materials, saying the gesture will impact positively on the lives of the pupils through their performances.