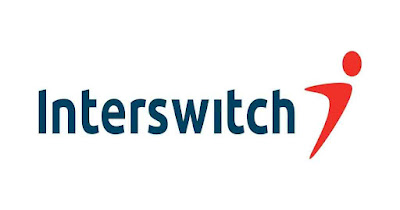 Africa’s leading integrated payments and digital commerce company, Interswitch is set to hold its first raffle draw for the selection of the first batch of winners for an all-expenses-paid trip to attend the Interswitch One Africa Music Fest in Dubai.

The draw, which is slated to hold on August 31, 2022, will be the first in a series of draws for the selection of 20 lucky winners who will attend the biggest African music fest in the Emirati city of Dubai.

This year's event marks Interswitch's third consecutive headline sponsorship of the grand music event that brings together top music artistes from across Africa and beyond. To enable Quickteller users to partake in this experience, Interswitch will be sponsoring 20 lucky people.

To qualify, members of the public are urged to download the Quickteller app and perform not less than three (3) transactions monthly from August 1, 2022 to October 31, 2022. Within this period, customers will be selected via a raffle draw to be part of the music fest in Dubai at no cost to them.

To ensure that the draw is conducted in a fair and transparent manner and compliant with regulatory rules, officials of regulatory agencies such as the Federal Competition & Consumer Protection Commission Lagos (FCCPC) will be in attendance at every draw.

Commenting on the draw, the Group Head, Growth Marketing-Merchant & Ecosystem, Interswitch Group, Olawale Akanbi, noted that Interswitch was focused on enhancing customer experiences while also rewarding them. He also encouraged the public to take advantage of the promo to be selected among the winners.

He said, "Interswitch's continuous headline-sponsorship of the One Africa Music Fest is a two-pronged value driver. The first is in its promotion of African talents through music, using technology. On the other hand, sponsorship is also a way to deliver value to loyal customers of the brand.

"I urge everyone to take part in the promo for a chance to emerge as one of the lucky winners who will partake in the thrilling experiences scheduled to hold in Dubai."

The Interswitch One Africa Music Fest is one of the various social initiatives supported by Interswitch for the tremendous benefits it holds for Africa and Africans alike, providing a viable platform for the showcasing of African talents to the world.