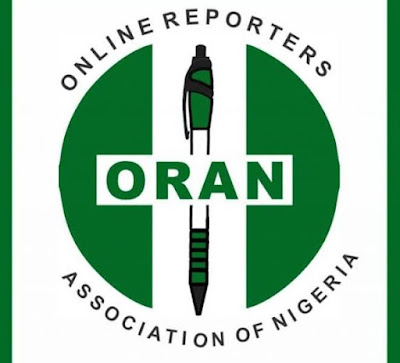 The Online Reporters Association of Nigeria, ORAN has congratulated the National Leader of the All Progressives Congress (APC), Asiwaju Bola Ahmed Tinubu, on his emergence as the party's presidential flag bearer for the 2023 elections.

The president of the association, Adegbola Shehu Tijani on behalf of the executive and members of the association stated that the party has made the best decision in electing Asiwaju Tinubu as the flag bearer of the party. He posited that it's only Tinubu that has the capacity to confront the opposition and secure victory for the ruling party come the 2023 General elections, and praised party fatefuls for rewarding the Jagaban of Borgu for his hard work and sacrifice for the party over the years.

Speaking further, he said Tinubu's victory has brought hope to Nigerian Democracy and thus, exhorted the electorate to go out en masse to cast their votes for the astute politician with a noble agenda when the time arrives to elect worthy leaders.