NYSC BOARD MEMBER, OYEWUMI REJOICES WITH SPORTS MINISTER, DARE AT 56 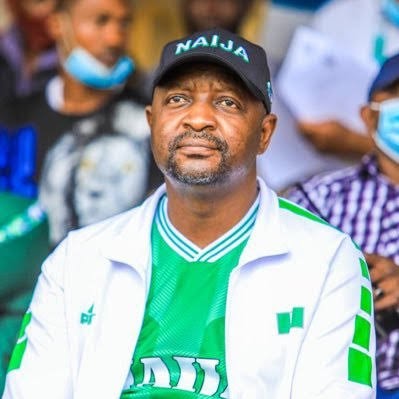 A member of the Governing Board of the National Youth Service Corps (NYSC), Prince Kunle Oyewumi has described the Minister of Youth and Sports Development, Chief Sunday Dare as a true progressive who is committed to the growth and progress of Oyo state and Nigeria in general.

Felicitating with the Minister on the occasion of his 56 birthday anniversary, the Ogbomoso Prince joined family, friends and associates in celebrating the accomplishments of the Agbaakin of Ogbomosoland.

Oyewumi applauded the good works of the journalist- turned politician in gassroots sports development while praying for longer life in sound health for the celebrant.

In a goodwill message, the Board member stressed that Dare is an accomplished media guru and consummate politician.

He said, "I congratulate the Minister for Youth and Sports Development and Agbaakin of Ogbomosoland,  Chief Sunday Dare as he clocks 56.

"The celebrant is a silent achiever in all facets of life.

"His contributions to national building in various capacities are worthy of commendation and emulation.

"The Minister has been a source of inspiration to his contemporaries and the younger generation.

"He deserves to be celebrated for his outstanding accomplishments in national service and humanity".

The entrepreneur wished the celebrant a joyous birthday celebration.