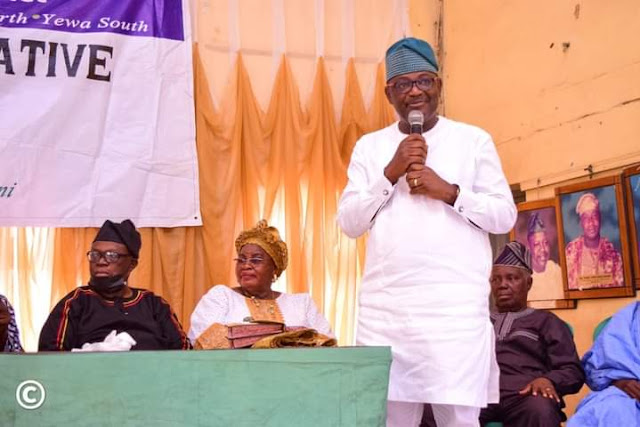 Frontline aspirant for the coveted senate seat of Ogun West senatorial district, Prince Gboyega Nasir Isiaka, has called on leaders in the party to show more unity and love in the search for progress of the district.

GNI made the call at a stakeholders meeting of the All Progressives Congress in Ogun West, held at the famous Oronna Hall, Ilaro on Sunday.

In his goodwill remark at the meeting, the Chairman of Ogun Guangdong Free Trade Zone, identified the perennial lack of unity and bitterness among it's leading lights, as a major bane of the political development of the region.

In his words, "I am happy to see the numbers and quality of persons at this meeting. For me, the first thing I will say is to support the endorsement of Prince Dapo Abiodun and our sister Engr Noimot Salako-Oyedele to run for a second term. They have done creditably well and deserve to be reelected". 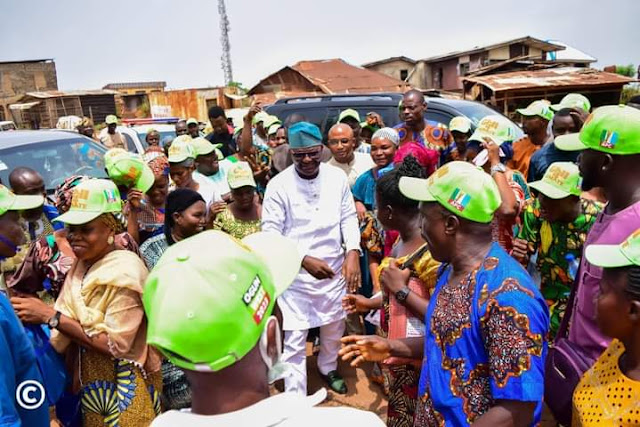 Continuing, "I have also observed that the perennial disunity amomg us continues to be a clog in the wheel of progress. My appeal is that we must shun bitterness and embrace love. For instance, it will be fair that all aspirants gets equal treatment in terms of access to party executives, elected officials and potential delegates in all wards and local government in the senatorial district".

Isiaka's ambition took centre stage at the meeting as huge numbers of his supporters thronged the event in their branded attires, singing and dancing, to the amusement of meeting.

In her admonition to the stakeholders, a former Deputy Governor of the state, Alhaja Salmot Badru urged other aspirants to be bold and follow the footsteps of GNI, who has not disguised his intention but has come out to the open and courting all stakeholders.

The larger meeting of the district will hold in two weeks; according to the senatorial chairman, Alhaji Azeez Ekwueme.