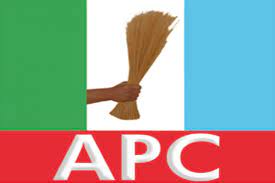 Rising from its routine meeting, the Caretaker and Convention Planning Committee of the All Progressives Congress (APC) confirmed to the media that the convention is on course and shall hold has earlier communicated on Saturday, March 26, 2022.

Addressing journalists at the party’s national secretariat Barrister Ismaeel Ahmad said the convention is on course, the schedule of activities has been finalized and this will include 2 days of pre convention conferences where the APC will showcase some of its major activities.

He also mentioned that sales of nomination forms for various National Working Committee (NWC) and National Executive Committee (NEC) positions have commenced and the reports has been very encouraging in the few hours sales began.

In his statement, Barrister Ahmad mentioned that the APC National Convention will be hosting about 4,000 delegates and earlier scheduled zonal congresses shall now hold alongside the convention on the same day.

It’s now clear that the APC has a grasp of its internal workings and the plans are moving as anticipated and desired.