InterswitchSPAK 3.0: A Race To The Finale 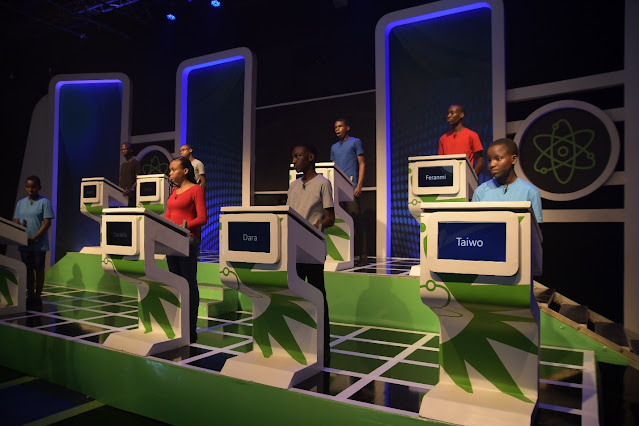 We return with our review of three episodes of InterswitchSPAK 3.0 to usher us into the final episode where nine finalists will compete for N12.5 million worth of scholarships. These qualifying episodes take us closer to the crowning of the Best Science Student in Nigeria, who will leave the show with a N7.5 million scholarship spread over a period of five years, a laptop, and a monthly stipend.

It has been an adrenaline-filled season, and the Superspaks have proven why they deserve a spot on the InterswitchSPAK platform. However, there will be only three winners at the end of the show., and with each episode, we inch closer to finding out who these three lucky winners will be.

The ninth episode had an unusual representation: the Awe identical twins from Fountain International High School, Ekiti State, who both had, according to one of the twins, identical scores in their CBT exams. Also, we had Emma Ayeyemi serenade his fellow contestants with one of his favourite tunes.

Moving to the Foundation Round, contestants struggled to catch up with the 15 seconds allotted for answering each question. The show is based on speed, accuracy, and precision, which was reiterated by the host, Hero, Daniels, after some contestants failed to input their answers within the stipulated time frame.

Daniela Anoma, who had an impressive run in the Foundation Round, demonstrated the power of effective teaching and learning when she recalled from memory an answer to a question that the rest of her colleagues failed to get. When the host asked how she got the answer to the question, her response was "I just remembered being taught." In the end, Daniela was the only girl out of four to make it to the advanced Round.  Unfortunately, she took a bow in the Advanced Round, when she failed to qualify for the semi-finals, scoring just 40 points.

The Advanced Round saw other contestants answering questions brilliantly, supplying answers swiftly, bringing to play their speed and in some cases, their accuracy. In this round, contestants gave their responses in 45 seconds, with Feranmi scoring the highest with 220 points, while Dara and Emma scored 180 and 160 points respectively.

The 10th episode started with the Superspaks sharing their dream universities, their courses of choice, and what they plan to do with their acquired knowledge in a rapidly changing the world.

Contestants mentioned that they desire to bring improvements to sectors like healthcare, infrastructure and power, not only in Nigeria and Africa but across the globe.

A review of the Spak hero for this episode, Ann-Marie Imafidon, a genius scientist, drove home the point that these contestants could create solutions with their innovative minds through STEM which would positively impact the lives of Africans and individuals and communities worldwide.

Imafidon's story also highlights the role that females can play in the STEM field, underpinning the fact that age does not have to be a limitation to soar.

The Foundation Round took off to an impressive start, with contestants trying to find a balance between speed and accuracy. The emotional moment set in when the curtains were drawn on the journey of the only female contestant to make it into the semi-final round.

The heat of the Advanced Round was quite apparent, as the contestants who made it to this round endeavoured to beat their mates in their speed and accuracy.

In the same fashion as the 10th episode, another group of nine semi-finalists revealed what courses they would like to study and why. Only three contestants were selected with Toba leading at the end of the Advanced Round, with 260 points, and Azeem, who was joyed to find out he scaled through to the finals came in second with 180 points.

These young Africans are, through the InterswitchSPAK platform, inspired to bring about change in the lives of Africans and other communities across the globe. And the goal is to use the power of Science, Technology, Engineering, and Mathematics to produce this change.

You can catch the InterswitchSPAK 3.0 finale on DSTV Africa Magic Family Channel 154 and GOTV channel 2, every Saturday by 6:30 pm, and on Sunday on the AIT Network by 3:30 pm.