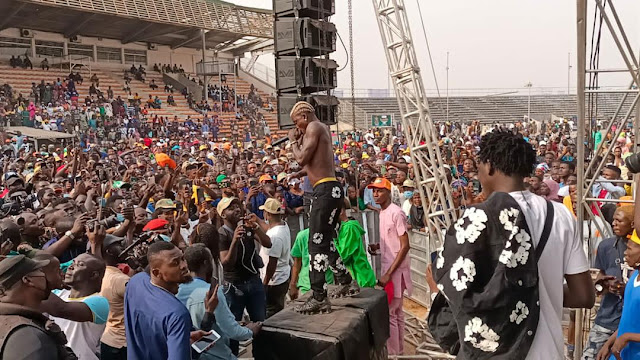 - To produce the next President

- Make the President accountable to the youth agenda

The first-of-its-kind significant bold step towards galvanising Nigerian youths to vie for and assume political positions in 2023 got underway on Saturday in Ibadan, Oyo State capital, with the staging of a mass youth rally tagged the ‘South West Progressive Youth Festival.’

The festival, organised by the All Progressives Congress National Youth Lobby Committee under the auspices of the Office of the APC National Youth Leader, Hon. Ismaeel Ahmed, held at the Liberty Stadium, Oke Ado, Ibadan, and brought together about than 30,000 young people from the six South West and Kwara States to press their demands and galvanize more young people to contest for political offices starting from the party convention and the 2023 general elections. 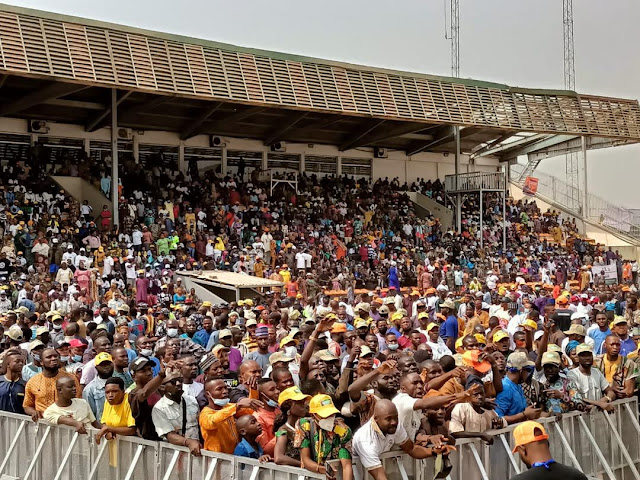 Speaking at the rally, Barrister Ahmed, said The Progressive Youth Festival was one of the numerous initiatives being organised to strategically advocate consideration for young people and placing them in the political leadership of the country.

He added that the initiative was aimed at driving a bolder effort to energise and empower young people to take ownership of their political future by contesting for leadership positions and organising more effectively for progressive reforms through a mainstream party. 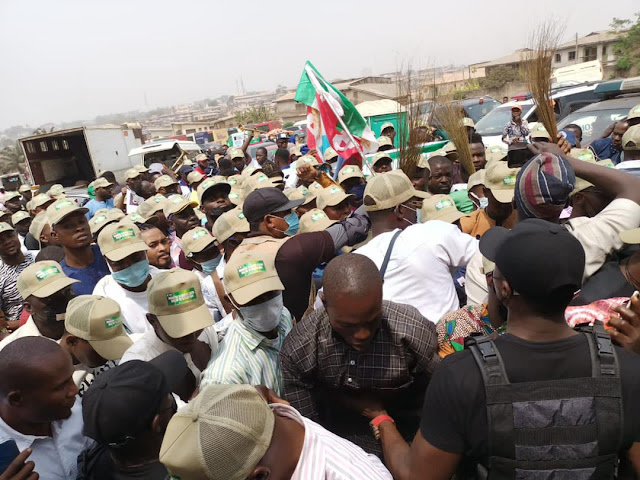 ‘‘The goal is to build a young people’s political movement that will produce the next president, set the agenda and hold him/her accountable for the benefit of the millions of young people that make the majority of our country,’’

‘‘The hosting of this festival by the South West Progressive Youth is an initiative for championing a new type of politics for good governance, and to advocate for the needed level-playing ground for the younger generation to flourish and for Nigeria to achieve its true potential,’’ he said.

The group further revealed that their plan of action for success would include doing things differently by adopting innovative approach to their activities such as organisation, mobilisation, funding advocacy, training and problems-solving in particular development issues peculiar to Nigeria.

“We are ready to take our future in our own hands, set agenda for the next President, hold him accountable and produce the next president,” they affirmed. This is because the youth segment represents the over 50 per cent of Nigeria’s population and time was ripe for them to take up political leadership with a view to building a greater, brighter and prosperous future for the country.

Speaking on behalf of the media team, Hon. Lanre Oyegbola stressed that youths played vital roles in the sustenance of Nigeria’s nascent democracy and as such, must take leading positions in local and national politics.

He said, “The APC Youth Festival is the collective efforts of APC youths from the South West geo-political zone. Our conviction is that the time is now for the youths to take their rightful position in national politics and leadership. So, as youths we aim to use this opportunity to gather under one roof to network and develop a roadmap for youth inclusiveness ahead of the 2023 general elections. I urge Nigerians to support this noble cause by the youth.”

The festival hosted the zazzu crooner Portable, Airboy and the Fuji maestro Saheed Osupa amongst other celebrities and Nollywood stars.