The leadership of Tinubu Support Organization, (TSO) with mandate for canvassing for the candidacy of its National Leader, Asiwaju Bola Ahmed Tinubu (BAT) as President of Federal Republic of Nigeria on the platform of the All-Progressives’ Congress has inaugurated executives for the Ogun State chapter of the organization at a colorful event amidst empowerment of youths and women.

The inauguration ceremony which was held yesterday at Oba Odeleye Park (Ori omi) in Abeokuta, attracted many party bigwigs across the state and distribution of various empowerment items valued at N2m. 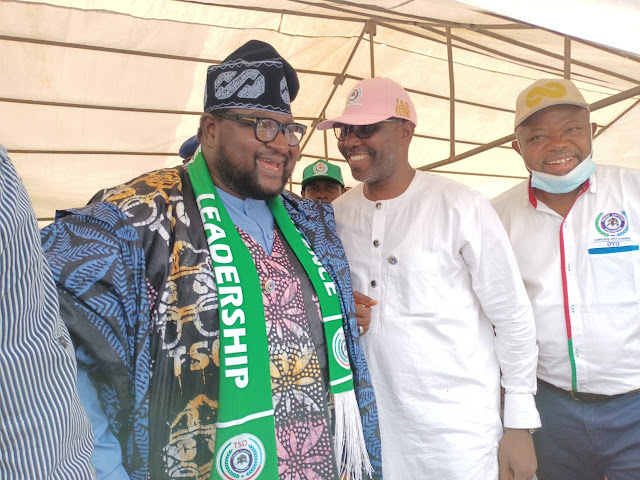 The empowerment which was first of its kind of all the TSO inaugurations state events show Ogun State is actually ready to mobilize for our leader Asiwaju Bola Ahmed Tinubu (BAT).

The inaugurated Ogun State and Local Governments Executive comprise of many professional and grass root politicians who have strong belief and support for our principal's candidacy and ready to enlighten Nigerians in that regard.

During the inauguration ceremony, the Director General, Alhaji Suleiman Aminu as usual appreciated the Ogun State chapter's efforts at taking the message of Tinubu Support Organization house to house across the state and urged them to take the inauguration ceremony as a formal way of gingering them to do more for Baba Asiwaju as 2023 is coming near.

The Ogun State Coordinator; Hon Lanre Oyegbola-Sodipo, “I salute everyone and truly appreciate our individual and collective sacrifices to make this inauguration event extremely colorful and successful, as we all know Tinubu being a founding father of the APC has what it takes to lead the country to a prosperous future. Tinubu stands tall amongst other aspirants in the presidential race and charged the coordinators to be committed to achieving set goal”.

He urges members to continue pushing the message and keep our leader and principal Asiwaju Bola Ahmed Tinubu candidacy flag flying to actualize his mandate.

The Deputy Coordinator and one-time Commissioner in Ogun State, Hon Bolaji Oyeleye applauded the initiative and expressed gratitude for the honour to serve. He said the inaugural exercise was an auspicious signal for TSO activities in Ogun State, stressing that no one would be left behind to ensure that APC as a party succeeds while Tinubu also succeeds as President in the 2023 general elections.

Also the Director of Mobilization of Ogun State TSO, Hon Alhaji Akindele assured the organization of their readiness to work and mobilize for the Jagaban Borgu's mandate and take TSO to the nook and cranny of the Ogun State.

He noted that the objective behind the Tinubu project is for the people to make informed choice of him as the most qualified in the 2023 presidential election.

He further described Tinubu as one with national and international clout, courageous, educated and with the wherewithal to fund campaigns through those he has uplifted, and above all, a man that has demonstrated religious tolerance to name but a few.

Speaking on behalf of other state coordinator, Honourable Akin Ibesanmi who is the Coordinator for Lagos State applauded the great work the Ogun State Chapter did and charged the members to begin mobilization into streets and neighborhoods and across the party tendencies and leadership for the 2023 agenda.

Other executive members inaugurated are Director of Administration Akin Jojo,