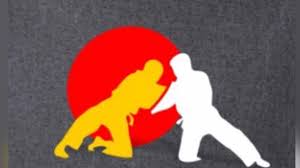 Following the postponement of the 2022 Commonwealth Games national judo trials to this month, the chairman of the Lagos State Judo Association (LSJA) Sheriff Hammed believes the state is poised to stage the tournament.

The tournament which serves as athletes’ selection for the 2022 Commonwealth Games taking place in Birmingham was earlier scheduled for January 26 to 29 at the Molade Okoya-Thomas Hall of Teslim Balogun Stadium but had to be moved to February 22 to 25 at the same venue.

The postponement was necessitated due to a clash with the zonal eliminations of the 2022 NUGA Games to be hosted by the University of Lagos (UNILAG).

Over 300 judokas across the country are expected to participate in the three-day tournament just as LSJA is ready to host a befitting tournament.

According to the LSJA chairman, the tournament would give the state another avenue to showcase its facilities following the support the Lagos State Sports Commission (LSSC) has been receiving from the Babajide Sanwo-Olu led government.

“We are excited to welcome the best judokas across the country in Lagos. We are poised to stage a hitch-free event and we believe we will continue to raise the profile of the sport in a state regarded as Nigeria's hub of sports. There is no doubt that the postponement would afford the athletes the opportunity to train well and be well prepared for the challenge as only the best would make it to the Commonwealth Games,” he said.

Hammed lauded the Nigeria Judo Federation (NJF) under the leadership of Dr. Musa Oshodi for considering the state as the host of the tournament being the first major competition since the new board came on board last year.