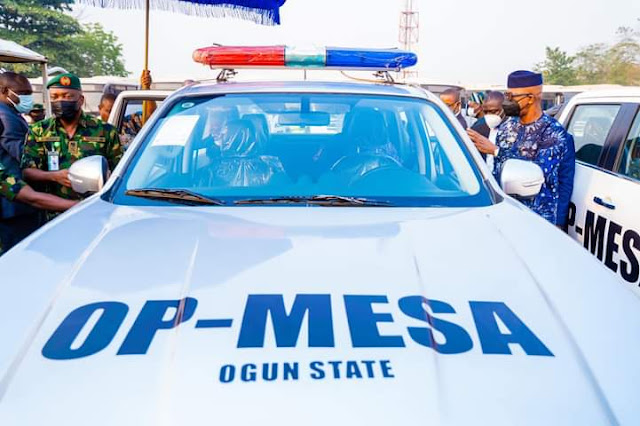 ...To set up financial crimes agency

The Ogun State government has declared war on kidnappers and fraudsters popularly referred to as Yahoo boys.

According to the state governor, Prince Dapo Abiodun, the Ogun State Government will soon set up its own financial crimes agency to deal with internet frauds and illegal financial transactions, especially, those having to do with kidnapping, ransom taking and advance fee frauds.

The governor also disclosed that it is working with federal agencies and its Oyo State counterpart in the area of security along the border lines. 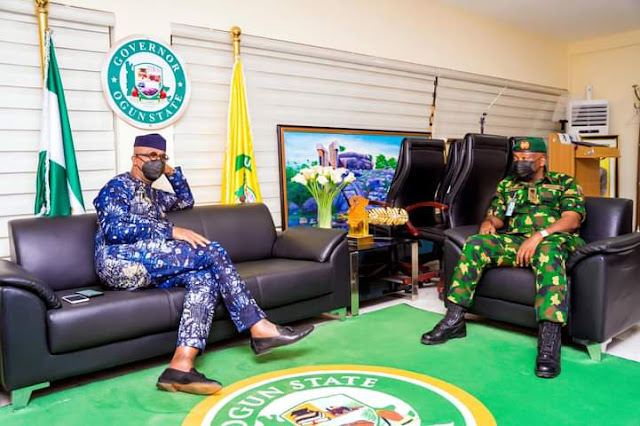 Prince Dapo Abiodun made these disclosures at the Arcade Ground, Oke-Mosan, Abeokuta during the launch of the state joint security outfit, code-named  OP-MESA on Friday.

He said that his administration would not fold its arms and allow the state to be known for the wrong reasons.

"We will make Ogun State inhabitable for all criminals. The other day, I was in a meeting in Abuja and in attendance was the Chairman of EFCC, and sadly, he said to me that Ogun State tops the list on the 'Yahoo Yahoo Boys'. In my response, I said I am not surprised because Ogun State is the education capital of this country and you will find such around educational institutions and he agreed with me. 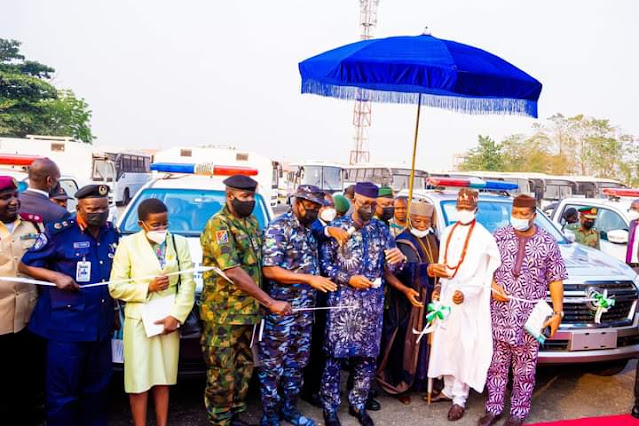 "We have decided that we will set up our State Commission that will be targeted towards eliminating these sorts of  financial crimes. Our state commission will collaborate with the Federal

Commission so that we do not occupy that false place in this area.

We will like to occupy the first in many areas, but not in fraud and Yahoo Yahoo.

Also, he said he had declared war on the resurgence of kidnapping that reared its head on the link road between the state and its neighbours.

"Three days ago, I put a call through to my colleague in Oyo and we have decided that we are going to jointly collaborate in the area of providing security at the border posts between Ogun and Oyo states.

"He has decided that he will lead a team of his law enforcement architecture to Ogun State, so that we can have a meeting of minds and plan the way forward to take out these hoodlums. Ogun will not have a hiding place," he said.

While affirming that OP-MESA was established to fight criminals across the state, he assured the people that members of the outfit would be picked to ensure they have the right discipline as well as ensure that they are committed to their assignment.

The governor further said that the launching of the outfit with fifteen vehicles, two armoured personal carriers and communication equipment would be done on a quarterly basis until the outfit reaches its desired number.

He enjoined the people of the state to take ownership of the outfit by collaborating with the personnel of the outfit for a more secured state.

"Today, we are launching OPMESA with a few equipment, in the first instance. We are providing them with fifteen pick up trucks, communication equipment, two armoured personal carriers; we will be providing them with this support every quarter, meaning that, in the next quarter, we give them another fifteen vehicles, another quarter, another fifteen vehicles until we reach the number that they require.

"I therefore enjoin our people to take ownership of this security outfit by collaborating with it and supporting it. Together, we shall make Ogun State a most hospitable and a conducive place of our collective dreams," he said.

Abiodun who called on the private sector to embrace the OPMESA initiative, noted that his administration would continue to be responsive to issues bordering on security.

He noted that the outfit would benefit from the support of the security trust fund through donations and contributions from the government and the private sector, added that the OPMESA will compliment other security outfits in the state.

In his remarks, the General Officer Commanding, 81 Division of the Nigerian Army, comprising Lagos and Ogun State, Major General Lawrence Fejokwu commended the Ogun State Governor for reactivating the outfit and providing them with necessary equipment.

The two-star general said that he has no doubt in his mind that the state would become more secured with the support of the Governor.

The Commissioner of Police, Lanre Bankole while noting that the equipment was another example of support that would enable them to discharge their duties diligently, pledged to make best use of the equipment.

The Alake and paramount ruler of Egbaland, Oba Adedotun Aremu Gbadebo in his remarks, appreciated the Govenor for putting more effort at maintaining the position of the state as the safest in the country.

The royal father called on the people to pay their tax, support the outfit by not hiding useful information.