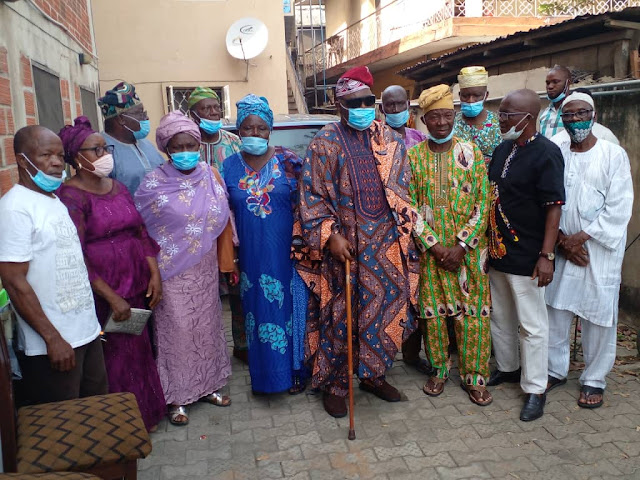 Members of the Shangisha Landlord’s Association, Lagos State have described as erroneous the impression given in some sections of the media and the public that their battle to get back their land in the Magodo Phase 11 area of Ikosi Isheri Loca Council Development Area of the state from the state government as a case of land grabbing, saying rather they are fighting a legitimate battle and followed the due process of the law up to the highest point.

Speaking to a cross section of journalist at his residence, chairman of the Shangisha Landlord’s Association, Chief Adebayo Adeyiga, said trouble started over the land in 1984 when the Lagos State government and its civil servants invaded their properties in Magodo area of Shangisha and demolished them, taking possession by force. 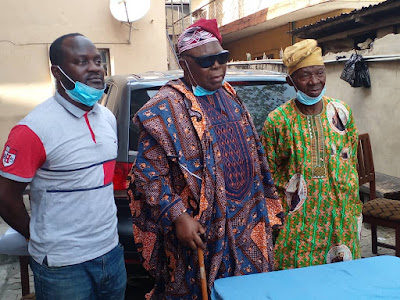 He said they had to approach the court in May of the same year to try to seek redress, and they have had victory, both at the state High Court, the Court of Appeal to which the state appealed and at the Supreme Court to which the state further appealed, which gave judgement on February 10, 1012 still in their favour.

In the judgement, he said, the state government was ordered to give the Shangisha Landlord’s Association 549 plots of land in Magodo Phase 11 to which the government has so far not responded, which they as an association has now started to enforce.

“Those taskforce whom I can call thugs invaded my residence on May 4, 1994 and threw me down from my one story building, this old man sitting beside me, Pa Timothy Ayanbadejo, was with me and another man, now late, Folorunsho Adedoyin, the three of us were dragged to the police station in Ketu, from there to the Taskforce office at Alausa, Ikeja, we were beaten to the point of death, until Col. Olagunsoye Oyinlola, the military governor at the time, heard about the story and the Commissioner of Police in Lagos at the time, Mr. Dan Baba, who ordered the immediate release of the three of us.

“They met my father who was over 95 years old, they severely beat him up, my wife was just coming back from work and they also attacked her, that made her to run away from this country for sometime.”

Also speaking on the matter, lawyer to the Shangisha Landlord’s Association, Mr. Deji Fasusi said that after the Supreme Court judgement they applied to the Lagos State government and it registered the judgement of the Supreme Court allocating 549 plots to the judgement creditors, that was done in 2014 and that it is a public document which anybody can apply for.

“You can apply for it, it’s a public document, it’s there, so the narratives that is being peddled about land grabbers is not correct, it’s not true and it is unfortunate that some people are probably allowing themselves to be used in peddling such unfounded rumour, they are actually judgement creditors who own the land, it means that if you don’t have title you are a trespasser, so we are at liberty to take any land we want, because the judgement of the court clearly awarded first choice preferential treatment to the judgement creditors and until that is done no other person could have been allocated any other land in Shangisha.”

However, he said in the course of the current development, the Lagos State government has intervened through the Commissioner for Physical Planning and said they wanted a peaceful resolution of the matter and “we told them that we are open to that and since then we have made efforts to reach them for a way forward.”