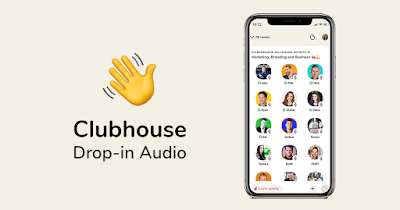 Nigerians on Clubhouse, a social media audio App have called on organisations such Interpol, Nigeria Police, EFCC and other Security agencies to be on the lookout over alleged plans by some secessionist groups to smuggle arms and ammunition into Nigeria so as to cause mayhem in southern parts of the country.

A concerned club member Akin Fatoyinbo in a widely circulated email raised alarm, urging the security agencies to prevent the illegal importing of arms into the country.

The email reads partly, “Lately Nigerians have been regaled with the public tussle for supremacy presently battling Ilana OmoOdua, one of the Yoruba self-determination organisations seeking a break-up of Nigeria.

“Scandalous revelations and counter allegations were made by members of the inner circle of this organisation bordering on financial impropriety, high-handedness, and unaccountability. Many watched in awe as the top echelon of this organisation washed their dirty linen in public, with many bewildered Yoruba wondering if these are credible drivers for a “Yoruba nation” a nation of Omoluabis.

“Hardly had observers recovered from the shock of the various counter press releases battling on the authentic leadership of Ilana, it was uncovered on a social media audio App a group of Yoruba and Igbo secessionist through a platform called MASSES is planning to purchase arms and ammunition to take the war to the Nigerian government for the break-up of Nigeria if the call for referendum is unheeded.

“MASSES under the leadership of Bokini Olaseni aka “Balogun Ola Blaze” on Clubhouse this group have been collecting funds for the purchase of weapons through a “Gogo” a medical practitioner based in the UK. and others already reported to Clubhouse”

“Members of this organization were heard discussing with an “Otunba Ogedengbe” a leader of Ilana Oduduwa the buying of arms, bombing the Lagos international airport, and adopting IPOB’s approaches to securing self-determination for the Yoruba. The group recently hosted Ilana leader, Prof Banji Akintoye on their Clubhouse platform.

“These plans by the organization to continue the mayhem in the South-East and extend to the South-West frightened well-meaning Nigerians on Clubhouse to report these individuals and organizations to Clubhouse management, local police, the DSS and Interpol. As a concerned Yoruba I am calling the attention of the world now to these characters planning to destabilise Nigeria and plunge the country to war” His statement read

It can be recalled a group of Nigerians were arrested recently in the US for attempting to smuggle arms into Nigeria.