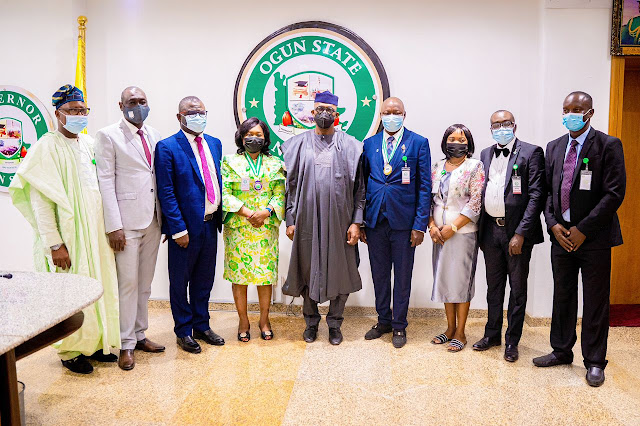 Ogun State governor, Dapo Abiodun, has shed light on why the state joined other states in the fray to collect the Value Added Tax (VAT).

According to Abiodun, his administration decided to take advantage of the VAT controversy with the view to ensure Ogun gets a fair share from the money being generated from the system.

The governor stated this when he played host to members of the Institute of Chartered Accountant of Nigeria (ICAN) in his office at Oke-Mosan, Abeokuta.

He explained that despite the huge revenue being generated from VAT, the state's share does not reflect what it generates, insisting the state action on the issue was to ensure fairness.

"We have joined the fray on the Value Added Tax because we believe that a state like us, which generates huge fund from it, is not getting fair share of the proceeds. Not only are we producing, we are also a consuming state.

"We generate so much money, yet, we don't have a bigger chunk of that same fund that we worked with our sweat and blood to generate", he noted. 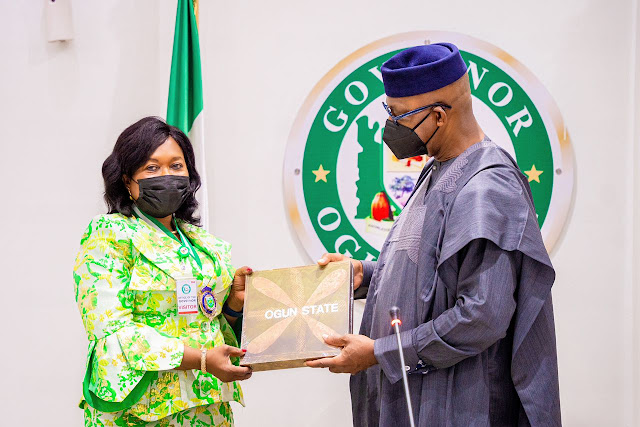 The governor lamented that the country is spending so much subsidizing petroleum products, thus wasting fund needed to provide basic amenities which would fast-track development.

While informing the ICAN leadership that his administration was strictly adhering to all the tenets of good governance,  Abiodun said the state generated the sum of N75bn in the  last nine months and was working towards surpassing this next year.

On the State's Accountability Index (AI) position of the the ICAN, he observed that Ogun has moved from the 29th to 19th position, expressing his administration's desire to see the state in the first three positions next year.

Abiodun urged the Institute to look at ways of partnering the state in the area of youth development, employment and empowerment, saying the Institute Entrepreneurship Training Centre being planned for the state was a welcome development.

Enumerating some of his administration's achievements in less than two years, the Governor hinted that housing projects sited across that state, was part of the Sustainability Model Strategy to generate employment and at the same time provide affordable houses to the people.

Speaking earlier, the ICAN president, Mrs. Comfort Olu Eyitayo, noted the exemplary leadership style of the governor, which she said has impacted positively in the health, education, youth development and other sectors of the economy of Ogun.

She said that the Institute has made its position known on topical issues such as Value Added Tax (VAT) and the Petroleum Industry Act, adding that the Institute would soon embark on another round of Accountability Index assessment across the country.

She, however, pleaded for the cooperation of the state ministries, departments and agencies to enable place the state in its rightful position.

Mrs. Eyitayo said the visit was as part of the stakeholders engagement to reposition the Institute in order to make it stand out as a foremost accounting professional body in the country.