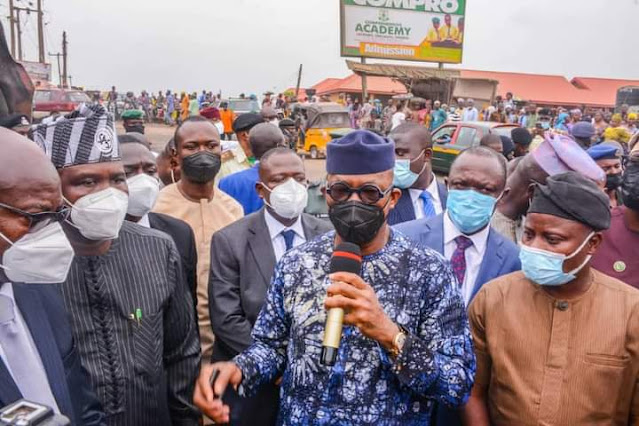 Ogun State Governor, Prince Dapo Abiodun has directed the Commissioner of police, Lanre Bankole to immediately redeploy the divisional police officer in charge of Lafenwa in the State Capital, for aiding and abetting crimes and criminality in and around the area, especially inside Lafenwa market and its environ.

He also ordered the arrest of all miscreants involved in setting on fire a petrol-laden tanker that led to the explosion on Sunday.

Governor Abiodun gave the directives during an on-the-spot assessment of the scene of the fire incident. 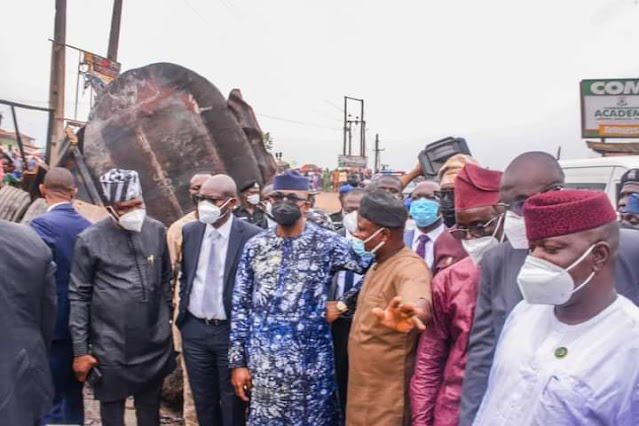 He said there were lot of reports against the DPO, stating that he was neither effective and efficient in carrying out his statutory duties of maintaining law and order in the area.

“There are complaints against the Divisional Police Officer (DPO) here, I want that DPO investigated. I also want him removed from this place, because this is not the first time that complaints have been lodged against him.

"We’ve gotten several complaints against him about how he mismanages this place, particularly as it pertains to miscreants that come and disturb the traders. He arrests them, within five to ten minutes, he releases them and that is why this place has continued to be restive. The thuggery in this place has not been contained.

"I want the CP to declare an emergency here in Lafenwa; I want every miscreant arrested because this kind of situation is totally unacceptable - where a tanker overturns, fuel that is highly inflammable is flowing through the drainage and someone wilfully ignites it so that they could cause chaos and begin to loot the market. This is very bad; it is just not acceptable; it is criminal.

He regretted that people would be so heartless to set fire on the tanker when efforts by security and fire personnel were on ground to salvage the situation. Gov. Abiodun adding that the sole aim of the perpetuators was not only to loot, but to destroy things in the market.

While calling for full investigation, Prince Abiodun urged the Police Commissioner to "ensure that everybody involved in this heinous crime is arrested and brought to book. We must make an example of them.”

The Governor described the loss of lives as unfortunate, noting that both Federal and State Fire trucks were also damaged by the hoodlums who also prevented fire trucks and men of Transport Enforcement and Compliance Agency (TRACE) from sealing off the area and protecting the tanker from going up in flames.

He gave the Commissioner of Transportation, Gbenga Dairo and the Commander of TRACE three days, to carry out an investigation into the immediate cause of the accident to find out the true cause of the incident.

The Governor while commiserating with the traders who lost valuables in the fire incident, directed the commissioner for Special Duties, Femi Ogunbanwo to take inventory of all goods lost, promising to provide palliative for victims.

In his response, The Babaloja of Lafenwa Market, Alhaji Musa Adeyinka, recounted the loss during the incident and thanked the Governor for coming around to sympathize with the market people.