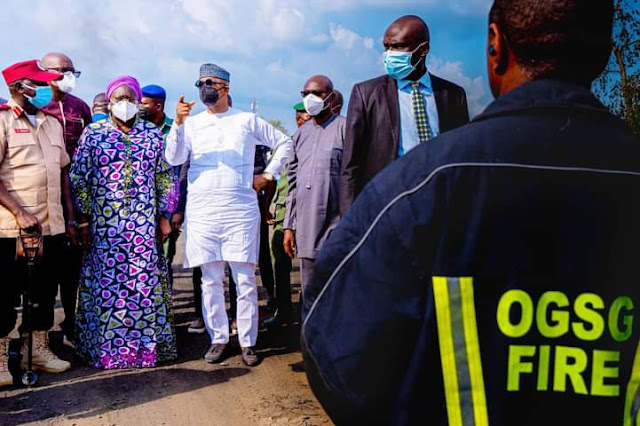 The Ogun State Governor, Prince Dapo Abiodun has said the contractor handling the Lagos-Ibadan expressway would be held accountable for his failure to provide safety signs on the road which had in recent times led to the unfortunate but preventable loss of lives and carnage on the country’s busiest route.

Prince Dapo Abiodun made this known during an on-the-spot assessment of Ogere toll gate on Wednesday while commiserating with families of those who lost their loved ones in the inferno that claimed five lives. 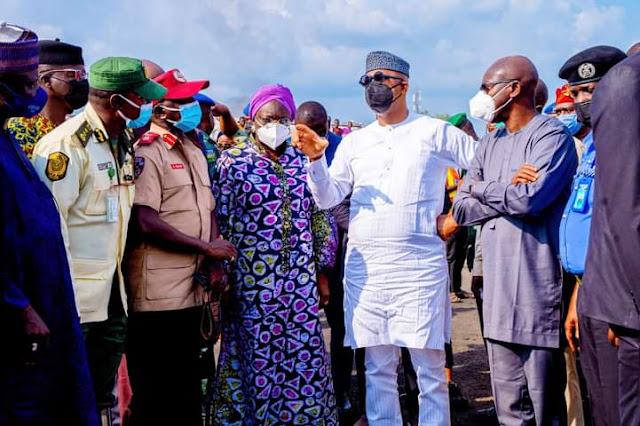 Gov. Abiodun said he would take the issue up with the Minister of Works, Babatunde Fashola, so as to ensure expeditious completion of the rehabilitation works that has been on for decades.

"I am going to take this up with the Minister of Works. This contractor has to be held accountable; we cannot continue to pussyfoot around a project that is so important, particularly around this corridor. 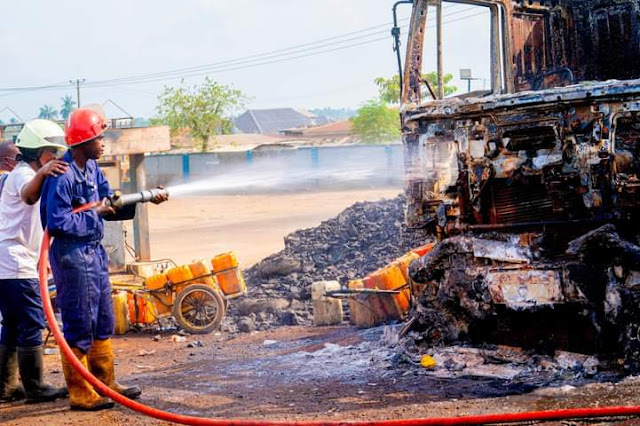 "I want to call on the contractor handling this project to expedite action. We can't take any more excuses on this project. We are going to be holding them responsible for any accident because safety measures are not in place, no safety signs and this is just an unnecessary loss of lives for us.

"We've had too many of these type of sad days on our major highways in Ogun State but of particular note is the recurrence of this type of incidents around this corridor of the Lagos-Ibadan expressway," he said.

Abiodun while noting that the drivers of the trucks involved in the accident could not be totally blamed for the accident as a result of the inability of the contractor to provide all the necessary safety signs, added that the construction had “been too protracted.”

"These people (drivers) alone, cannot be faulted; construction is ongoing, and there are no proper safety signs. Anywhere in the world, there would be enough signs that would tell whoever it is that is on the road that the road is now a dual carriage way," he said.

The state helmsman while urging road users around the corridor to take their time while driving through the area said they should be cautious that “this is now a dual carriage road”.

He told them to drive responsibly as well as take into consideration other road users.

The Governor while appreciating the men of the traffic service of the state, the Federal Road Safety and the fire service for their effort at the scene, called on the people in the vicinity to stay away from the scene of the accident as arrangements were being made to transship the petroleum produce from the affected trucks into other trucks.

Earlier, the Deputy Governor, Engr. Noimot Salako-Oyedele called on road users in the axis to abide with the instructions of the traffic managers as well as abide with road safety signs.

She noted that the police would be on ground to forestall the break of law and order.

The governor and his deputy were accompanied on the assessment tour by the Commissioner of Police in the state, Lanre Bankole, Sector Commander of the Federal Road Safety Corps, Ahmed Umar, and members of his cabinets.

They governor warned that miscreants who would want to turn the accident in the axis into their gains would be dealt with by law enforcement.