How We're Winning War Against Crimes In Ogun - Abiodun 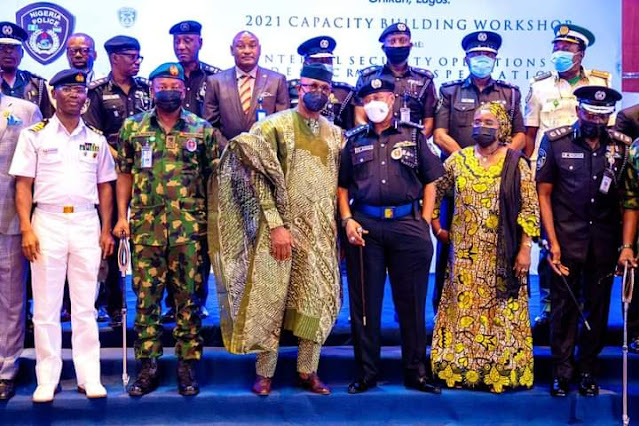 Ogun State governor, Dapo Abiodun, has disclosed how the state under his watch has been tackling insecurity and making Ogun safe for investors.

According to the governor, his administration has been able to create a job portal meant to dimension the number of unemployed or under employed, and match them with employers, launch the Anchor Borrowers Scheme, FADAMA GUYS, among others.

Abiodun, who spoke on Tuesday at the 2021 Capacity Building Workshop for security agencies in Lagos and Ogun States, organised by the Nigeria Police Force, Zone II Headquarters, Onikan, Lagos, also said his administration reconstituted and inaugurated the State Security Trust Fund,made it private-sector driven, which has provided logistic and equipment support for security agencies in the state.

Speaking further at the programme 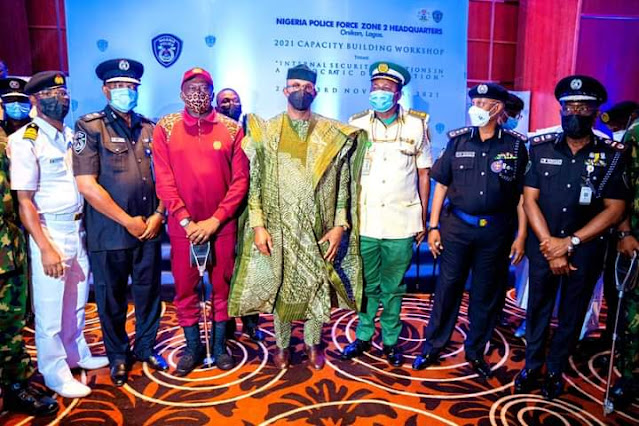 with the theme, "Internal Security Operations in a Democratic Dispensation", the governor who noted the nexus between poverty, literacy and insecurity, added that Local Vigilantes, Community Development Associations and Amotekun have been mainstreamed into the state security architecture to achieve greater efficiency and effectiveness in policing Ogun, to ensure the welfare, wellbeing, and security of lives and property.

He, however, pointed out that the current insecurity in the country could be reduced to the barest minimum, if more jobs were created and more youths empowered.

"Fighting insecurity is not just  by arming the police and the military. There is a nexus between insecurity, poverty, education, drug abuse and all other socio-economics indices. As much as it is good to equip the police as we have done in Ogun State through the creation of the State Security Trust Fund, it is important to ensure that we look at the various interventions on how to reduce unemployment’.

"We have done that in Ogun State by creating the Job Portal, we have launched the Anchor Borrowers' Scheme of the Central Bank of Nigeria and we have the FADAMA GUYS. The more people you have employed, you see a direct proportion in decrease of insecurity", he stated.

While noting that Ogun and Lagos states are like rivers that flow into each other, Abiodun, posited that the two states must continue to synergize, particularly in the area of security.

He said state-based security agencies have been created to deal with peculiar security challenges as the national police would not be able to handle the enormous security issues in all parts of the country. 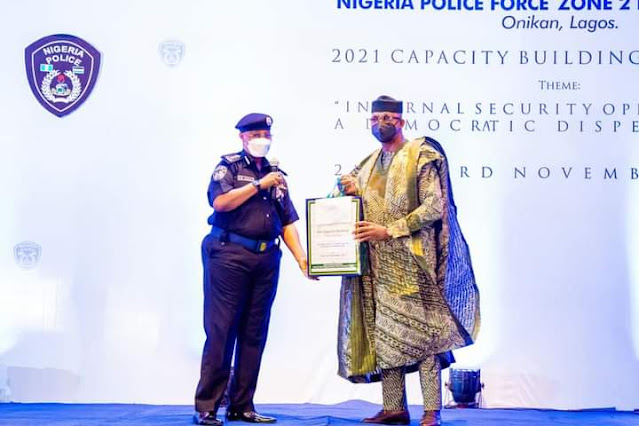 Abiodun, however, lauded the police authority for organising the workshop, especially after  the experience of the EndSARS protest, describing the workshop as a practical step to ensure safety of lives and properties using collaboration.

According to him, the workshop would also allow all arms of security apparatus in Ogun and Lagos States to keep abreast with modern policing techniques as well as chart a course that would enable them work together as a team.

The governor, while enumerating the place of security in the development of the society, urged security operatives to be friendly with the populace, as they need the support of the people to succeed in their duties.

In his speech, Lagos State governor, Babajide Sanwo-Olu, represented by the Secretary to the State Government, Mrs. Folasade Jaji, stressed the need for cooperation between the people and civilians.

This, he said, has led to the first Lagos Police/ Youth Dialogue geared towards strengthening mutual relationship between the people and security agencies.

He urged the participants to bring ideas that would change the narrative in the society, adding that "the people need the police just as the police need the people".

In his address, the Inspector General of Police, Usman Alkali Baba, observed that the police could not surmount security challenges without the support of other agencies including the media, saying enforcement agencies must develop capacity to achieve their constitutional mandates.

Security officers, the IGP noted, must imbibe effective policing which includes human rights and due process, charging the participants to sharpen their knowledge, saying "they can not give what they do not have".