EFCC Vs Obiano; Ndi Anambra Demands To Know, EFCC Why? 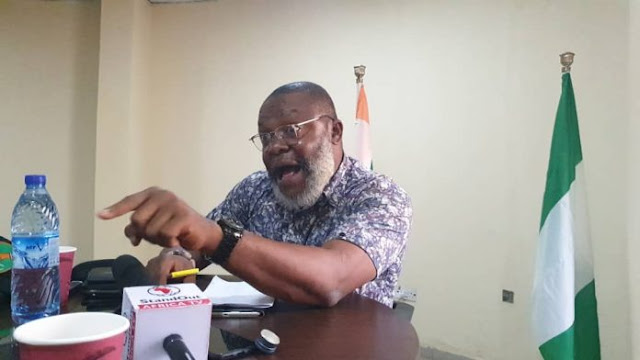 Yesterday, ndi Anambra, and indeed Nigerians at large, woke up to the disturbing news headlines boldly encapsulated in various media platforms across the web that Anambra state Governor Willie Obiano has been placed on watch-list by the Economic and Financial Crimes Commission EFCC. We read, as it were, about the flipping notice, and directives issued to the Immigration Services. The big question on everyone's lips has been "Why the media trial of a sitting governor?.

Relishing the old saying which states that "a toad does not hump in the daylight for nothing, it's either something is chasing it, or its chasing something", in this context, one should be obliged the right to know what is chasing EFCC operators who all those while, had waited for the successful execution of Anambra guber elections to launch media trial of Gov Willie Obiano.

What does EFCC wants to achieve with the virality of the ongoing media backlash effects on the personality in public discuss? This is not way to go. EFCC goofed big time! I thought investigations of a high profile personality ought to be discrete until prosecution, why the mad rush to establish court of public opinion?

EFCC should come clean on this issue, the commission should tell the media why Gov Obiano is on the watchlist, it will go along way to calm frailed nerves, and  probably end the prevailing capricious propaganda in some quarters. Ndi Anambra are worried-sick, they are asking what is the governor's offense to be humiliated in such manner.

We ndi Anambra would like to know the offense our governor has committed to be dragged out in the media by EFCC. What has happened, what provoked EFCC to place Gov  Obiano on watchlist? What is his offense? The proverbial "toad" that is chasing "something" should let the public know what's its mission in Anambra state.

EFCC, should tow the honourable path and  let ndi Anambra know what's going on, placing our governor on watch-list without detailed explanations, denying the public vital information is unconstitutional. The EFCC cannot wake up in the media with such a viral storyline without considering the likely scenario and reactions it would generate.

Across the length and breadth of Anambra state, in the pubs, markets, at burial ceremonies, drinking joints, at public gatherings people are seen in groups whispering, discussing about the EFCC eagle's eye on the outgoing governor of the state. And we deared to ask what happened, what is our governor's sin?