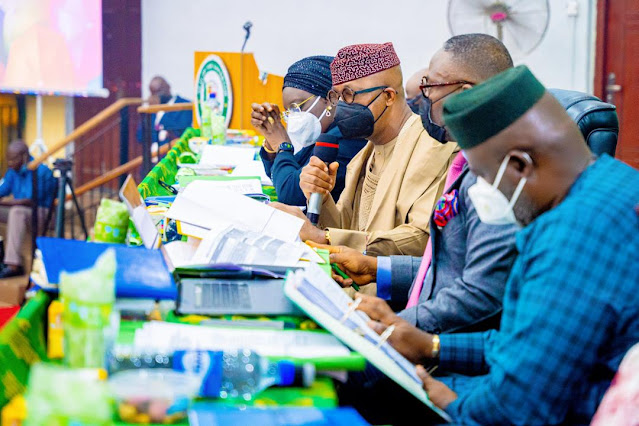 Ogun State governor, Dapo Abiodun has warned that his administration would not hesitate to prosecute any official of the state government or contractor indicted for compromising standards in erecting structures that threaten life and property.

Abiodun added that if such official or contractor is found guilty of compromising safety and standards, he or she will will be jailed.

Abiodun gave this warning on Monday during the Treasury Board Meeting on year 2022-2024 Medium Term Expenditure Framework (MTEF) and the 2022 Budget held at the Obas' Complex, Abeokuta. 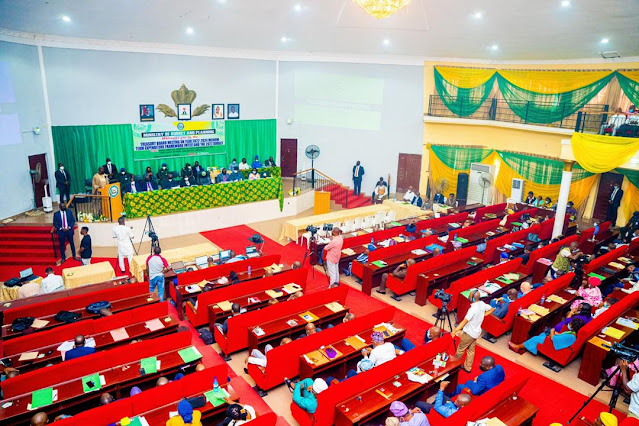 “The preoccupation of those responsible for building control should not just be revenue but to ensure due process and best practices in consonance with the State Building Control Regulations.

“If somebody was given approval to construct a storey building and you find out that the person has started decking for the second floor, you give him a stop order and penalty for exceeding the original approval. That is not enough; the penalty should be punitive. Yes, I want to see the money but, I am more concerned about the welfare, well-being and wellness of our people", the governor said.

Abiodun declared that his administration has increased the Internally Generated Revenue and made more money than any other administration in one year at the end of September.

The governor, who equally said his government has grown the economy by 20 percent over last year, added that performance of 2020 budget is now over 70 percent, saying "we will achieve 85 percent by the end of the year".

He stressed the determination of his administration to sustain the trajectory recorded and also improve on it in the coming year.

Abiodun explained that his administration opted to support the call by some state governments to collect Value Added Tax, so as to ensure that those who generate VAT, collect and enjoy it.

According to him, "the VAT campaign was in the spirit of restructuring and fiscal federalism".

"We have made more money than any other administration in one year at the end of September. We have grown the economy by 20 percent over last year, already.

"We will collate MDA proposals by the end of the month and get the Exco approval to present the budget before the house. And we are hopeful that the needful will be done by the House - defence and synthesisation. By mid December, we should sign the 2022 budget  into law". Abiodun stated.

While stressing the need by the state to continue to think out of the box in order to generate necessary funds to power the development of the state, the governor, however, called for transparency and prudence in public spending.

"We must continue to think out of the box to generate the funds to power our development and the 'Building Our Future Together' Agenda. This is important because revenue generation is key to implementation of budget expenditure. More importantly, we must continue to be transparent and prudent in our spending, we equally need to be vigilant to ensure that funds appropriated are spent on projects for which they were allocated for and also block all leakages," he added.

Abiodun further called for the proffering of new methods of generating revenue by Ministries, Departments and Agencies, emphasising that no MDA would be expenditure-focused alone.

He charged the MDAs to be focused on blocking leakages and improve the revenue generating potentials of their respective agencies, saying that introduction of the Ogun State Land Administration and Revenue Management System (OLARMS), which is part of avenues to improve the internally generated revenue of the state, would help to enhance operational efficiency, effectiveness and boost revenue generation.

The governor also charged the new Head of Service, Dr. Nofiu Aigoro, to lead all the Ministries, Departments and Agencies in the process of ensuring that the Budget 2022 document translates to a wholesome implementable and realistic programme and project that would increase the prosperity of the people.

In his remarks, the Commissioner for Budget and Planning, Olaolu Olabimtan, who disclosed that the Medium Term Expenditure Framework introduced in 2019 is now an improved model, added that the state as at the 30th of September had attained 80% of its Internally Generated Revenue and 70% for budget performance.

On his part, the Chief Economic Adviser and Commissioner for Finance, Dapo Okubadejo noted that OLARMS has started to gather momentum with over one thousand five hundred applicants received so far.

He added that the Internal Revenue Service has been refocused for efficient tax return processing, tax payers service and enforcement.