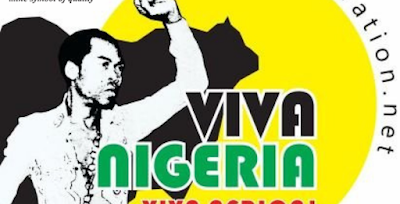 Rite Foods Limited has taken another giant step in promoting the entertainment industry by sponsoring this year’s Felabration, commemorating the late Afrobeat Legend, Fela Anikulapo Kuti, taking into cognizance the legacy the music icon has left behind for posterity.

With the theme “Viva Nigeria Via Africa,” and to hold from October 11 to 17, Felabration is a one-week annual festival of music and art conceived in 1998 by Yeni Anikulapo-Kuti in celebration of the life and times of her late father, Fela, who was also a human rights activist.

The event, which will take place at Fela’s New Afrika Shrine in Ikeja, Lagos, has a line-up of captivating activities from the commencement of the festival to its end.

Speaking on the sponsorship, the Managing Director of Rite Foods Limited, Mr. Seleem Adegunwa, said the late megastar, who was an epitome of courage and justice for the citizenry, is worth celebrating, considering the message of hope and equality propagated through his songs.

He pointed out that the Truly World-Class and proudly Nigerian company will continue to identify with well-meaning initiatives like Felabration, which continually renews what the late megastar stood and fought for during his lifetime.

Adegunwa stated that the leading food and beverage company would use the entertainment platform to provide maximum refreshment to music lovers, with its 12 Bigi variants of carbonated soft drinks, Bigi Table water, Fearless energy drink brands, which consists of the Fearless Classic and Fearless Red Berry, and Rite sausages, that has been the hallmark of distinctiveness in the Nigerian market.

Rite Foods’ contribution to the memorable event will include a posthumous award for the late Afrobeat king, who was at the forefront against injustice, inequality, and other depravities.

The beautifully designed award would be part of the company’s posthumous honor for the megastar, who left an indelible mark in the entertainment industry and earned global recognition for his unrivaled stage performance in his genre of music.Other programs to mark Felabration include Afrobics dance competition, a show where contestants will compete by showcasing afrobeat dance moves with any song of their choice from any of Fela’s songs, like “Colonial Mentality,” “Teacher No Teach Me Nonsense,” “Mr. Follow Follow,” “Zombie o Zombie,” among others.

There will also be schools’ debate with the topic “Covid 19 is a Blessing” “The National Question Devolution or Evolution” for the Felabration Symposium, with the moderator/chairman Femi Falana amongst prominent speakers like Senator Shehu Sani.