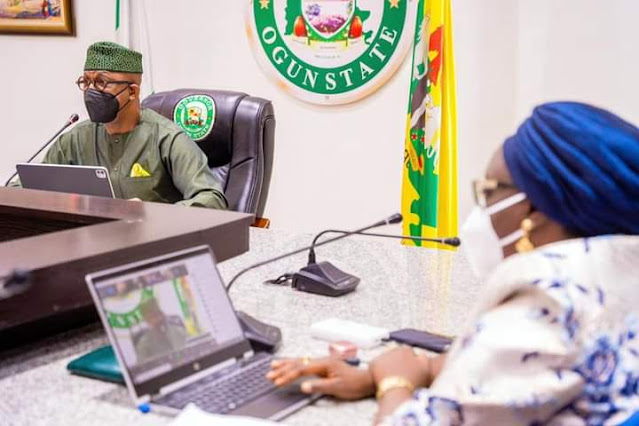 As State in begins Town Hall meeting on 2022 budget

Ogun State Government says it has concluded plans to construct 250 low-cost housing units in Ijebu-Ode,  while it will also work to restore pipe borne water to the axis.

Speaking during a virtual Town  Meeting on the 2022/2024 Medium Term Expenditure Framework and Budget 2022 for Ogun East Senatorial District, held on Wednesday at the Governor's Office, Oke-Mosan Abeokuta, Abiodun also said that contract for the construction of Idowa road has been awarded and contractor mobiliszed to move to site. 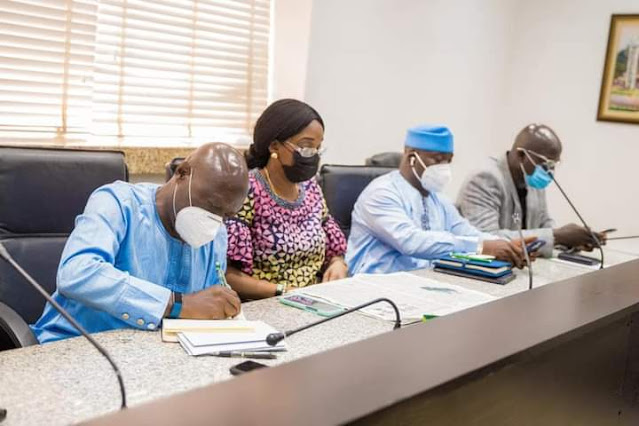 The governor who reiterated that his administration would not concentrate developmental projects on one section of the State to the detriment of others, noted that numerous projects had been executed in the senatorial district.

Among these projects, according to the governor, include the Molusi College road, ijebu Igbo, Sagamu-Iperu junction road as well as the 11kilometres Iperu- Ode-Sapaade road.

He stressed that his administration has constructed almost 300 kilometers of road across the state, adding that the newly constructed Ijebu-Ode-Epe road would help in opening a new industrial corridor in the axis, while the Cargo Airport currently being built, would engender more economic potentials to the district.

"The flagship of our mega projects in Ogun East is the Ijebu-Ode-Mojoda-Epe dual carriage way with its over-head bridge at the Sagamu-Ijebu Ode-Ore-Benin expressway. Apart from the aesthetic value of this road to the landscape of Ogun East, it is also part of our strategy for investment drive and Ease of Doing Business in Ogun State.

"It provides a direct link from Ogun State to Epe/Lekki axis of Lagos State and a link road to the ever busy Sagamu-Ijebu-Ode-Ore-Benin expressway that links the South-West region to the South East region", he said.

On the Sagamu-Ogijo-Ikorodu road, Abiodun disclosed the road was initially awarded by the Federal Government, but was abandoned by the contractor. He, however, added  that the stringent condition attached prevented the Ogun and Lagos states from taking over the project.

He emphasised that budget was not a ritual, but an ability to get the inputs of the people into the development process as they remain the centerpiece of the focus for development.

While suggesting that the meeting be held twice or thrice a year, the governor posited "this will enable government talk to the people, get their own views as well as what has been done and not done.

"We will ensure that your voices count in preparing the 2022 budget", Abiodun added.

In his remarks, Commissioner for Budget and Planning in the state, Olaolu Olabimtan, said the meeting was to enable the people express their desires and opinions on what should be the outlook of the Medium Term Expenditure Framework and 2022 budget.

The Chief Economic Adviser and Commissioner for Finance, Dapo Okubadejo, said some initiatives of government have yielded results as the Internally Generated Revenue of the state was N75b as at September this year.

In their respective contributions, the Akarigbo and Paramount Ruler of Remoland, Oba Babatunde Ajayi and the Awujale of Ijebuland, represented by the Dagburewe of Idowa, Oba Yinusa Adekoya,  called for the construction of the Sagamu-Ogijo-Ikororu road and more low-cost housing in Ijebu-Ode to be at par with other cities in the state.