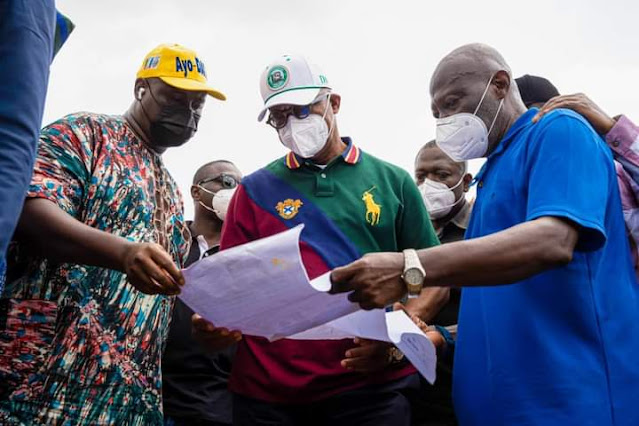 As part of his administration's efforts to improve road infrastructure in Ogun State, Governor Dapo Abiodun, on Saturday, embarked on inspection of road projects across four local government areas of the state.

Speaking with newsmen after inspecting the new Gateway City Gate at the Sagamu Interchange, Abiodun equally said the road from Ofada to Mowe would soon receive his government's attention. 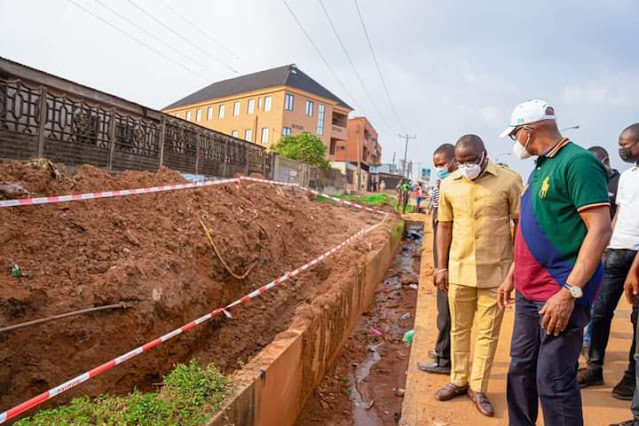 "We are rebranding this state to suite our status as the industrial capital Nigeria. We will continue to do more to attract investors to our state. The beautification of this Gateway City Gate is part of our efforts to provide the needed ambience for those who chose to reside and do business here", the governor noted.

He said 600 housing units are being constructed at Kobape as part of the 1,000 units constructed in less than  two years of his administration. 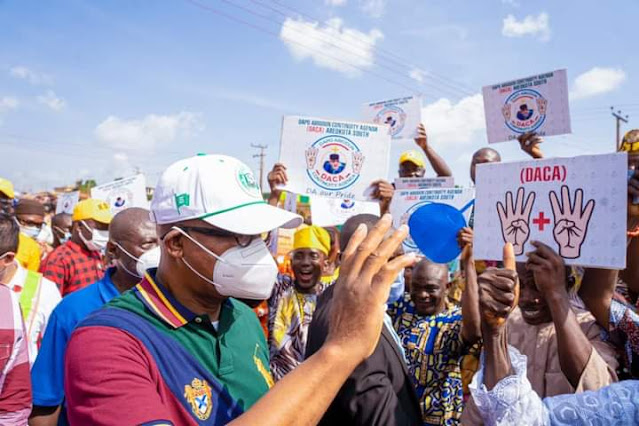 On the Lafenwa-Rounda-Ayetoro road, Abiodun attributed the slow pace of work to difficulty on some sections of the road and lack of fund, adding that it would be redesigned to six lanes from its initial 17 lanes.

He assured that the road would be delivered in the next six months.

While inspecting Adigbe-Opako Road, the governor stated that contract for the road was renegotiated to accommodate other road furniture such as street lights.

Reiterating his administration's resolve to ensure that the people enjoy dividends of good governance, Abiodun said the Adatan-Moore Junction road, Adatan, Abeokuta, awarded by the last administration, would be asphalted in the next two weeks.

Residents of the areas visited by the governor expressed their delight and lauded the state government for attending to the roads which were in very bad shapes for a long time, saying the construction would lessen their plight and improve the socio-economic activities in the areas.

The governor also inspected the Oba Erinwole Road in Sagamu.