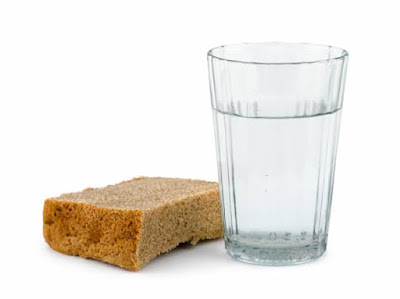 Residents of the Federal Capital Territory and some parts of Niger have been inundated with the new prices of bread and sachet water which began late September and first week of October.

The News Agency of Nigeria (NAN) reports that some of the increases were not unconnected with insecurity, high cost of raw materials and the exchange rate of the Naira to the dollars.

Mr Dasuma Friday, a sachet water producer, narrating the causes of increase, stated that some of the factors responsible include high cost of printing leather and electricity.

Others, according to him, are double taxation by the authorities as well as high cost of purchasing diesel.

Friday stated that if the old price must stay, the manufacturer would run at lost, stressing that the reality of high cost of raw material necessitated the increase.

The Association of Sachet Water Manufacturer had embarked on strike in a bid to impress it on the public that the business was no longer sustainable unless they accept the price change.

The Association of Master Bakers and Caterers of Nigeria (AMBCN), Abuja chapter, explaining the rational for the increase, stated that high cost of raw materials for bread production was responsible.

Mr Ishaq Abdulkareem, the Chairman of AMBCN, said that the 30 per cent increase in the price of bread was to avoid the shutdown of bakeries caused by cost of ingredients and production.

Abdulkareem stated that the prices of all ingredients used for baking were too high, especially flour and sugar.

Mrs Maria Cardillo, the Chief Executive Officer, Bon Bread, said that there was need for an increase in the price of bread to avoid collapse of the business.

She stated that the price of bread needed to be increased because “we have had an increase in prices of raw materials and we don’t have alternatives.”

Mr Adeyemi Richard, the Secretary, AMBCN, said that price of flour and other material would not remain static, adding that before November flour may likely get to N25,000.

He asked bakers not to be swayed by public outcry, saying, “let’s take the courage to do this and ignore the fear of the unknown.

“All of us have strategies to keep customer to our sides but let not your price strategy bite you back; there are other things to give your customer to stay with you like giving them incentives.

The Secretary said: “we regret these hike in prices, it is due to the economic indicators and we hope this does not stay for too long.

“However, these prices are valid for as long as cost of input materials remain stable,” he said.

Meanwhile, Rep. Mohammed Monguno, the Chief Whip of the House of Representatives, has proposed a Bill to regulate the prices of food in the country.

The Bill titled, “An Act to Alter the Constitution of the Federal Republic of Nigeria, 1999 to make provisions for Right to Food and Security in Nigeria”.

The Bill sought to compel the Executive Arm of government to regulate prices of food and other items, in order to guarantee food security and lessen the economic hardship on majority of Nigerians.