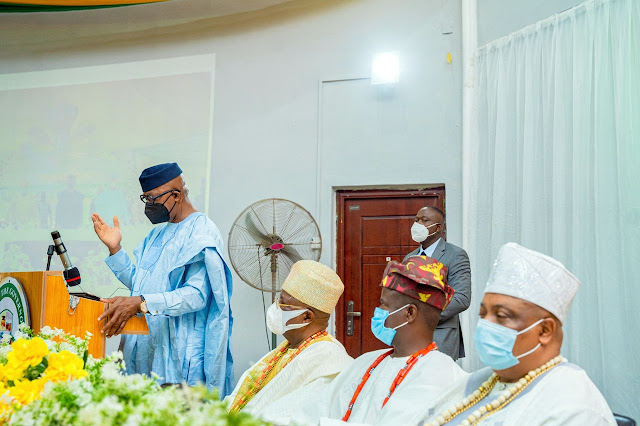 Abiodun said as an embodiment of royalty, traditional rulers should not engage in activities that would jeopardize the revered institution.

“Be that as it may be, it is also important to remind our royal fathers to continue to be embodiment to the royalty. Our royal fathers should not allow themselves to be swayed into making expressions or taking actions that may bring the traditional institution into disrepute. In doing this, please I beg of you, be wary of the people you confer with chieftaincy titles. Qualification of chieftaincy titles should be more of dignity, rather than just riches.

“It is important for our royal fathers to continue to be an embodiment of royalty; our royal fathers should not allow themselves to be cajoled or coerced into actions that may bring the traditional institution into disrepute. In doing this, I admonish you to have an objective template that will guide granting of chieftaincy titles. Qualification for chieftaincy titles should be based on integrity and social-economic contribution to the community, particularly”, the governor stated. 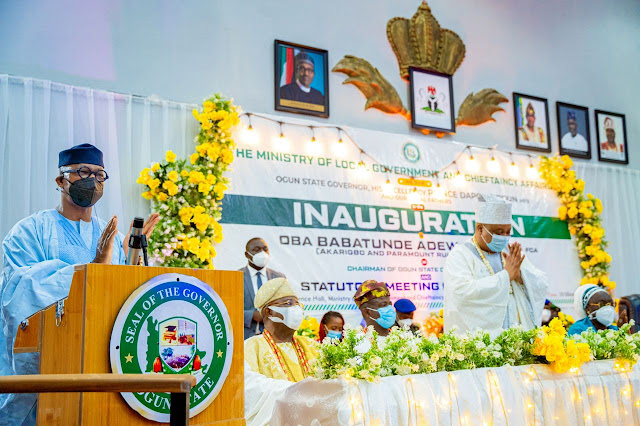 Abiodun stressed that it is important for royal fathers to be wary of their utterances and association, as whatever they say or do would have deep meanings and indications in the political and social-economic atmosphere, especially as the nation inches towards 2023 general elections.

He, however, urged the royal fathers to use their sacred offices to engender a more peaceful atmosphere for the successful conduct of the year 2023 general elections and the continued development of the state.

The governor further urged them to mobilise all their subjects to participate in the ongoing Continuous Voters Registration exercise by the Independent National Electoral Commission (INEC).

He announced that the state government would soon launch a mass vaccination campaign that would need the support of the traditional rulers to succeed.

“I commend you all Kabiyesi for complementing the effort of government towards mitigating the effects of the COVID-19 pandemic. I cannot but commend your efforts against the pandemic at the grassroots, I encourage you to continue to join hands with the government in the fight against this pandemic by sensitizing and encouraging your subjects towards adhering to safety measures, health protocols and being vaccinated,” he added. 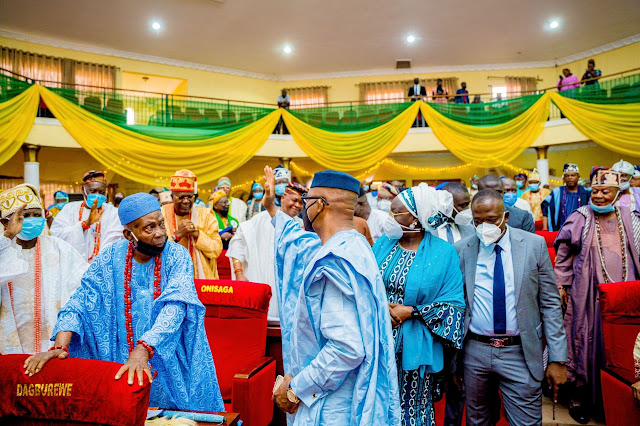 Abiodun reiterated that his administration would not tolerate violence of any kind in the state, saying “we will not allow anyone either from within or outside this state to introduce into our system culture of violence.

“This is alien to us in Ogun State. Let it be known that as the Chief Security Officer of this state, I owe the people the responsibility of the safety of their lives and property, therefore, the full wrath of the law will be visited on whoever may want to cause us trouble,” the governor submitted.

Earlier in his address, the Commissioner for Local Government and Chieftaincy Affairs, Afolabi Afuape, noted that though there are several calls for the upgrade of Baales to Coronet Obas, the calls would not be entertained until the determination of the court case instituted by 75 Obas challenging the revocation of their appointments.

In his speech, the outgoing chairman, Oba Sikiru Adetona, presented by the Permanent Secretary, Ministry of Local Government and Chieftaincy Affairs, Mr Kolawole Fagbohun, appreciated the governor for the confidence reposed in him, saying that the Council’s engagement with the state government led to the establishment of Amotekun Corps and community policing which has enhanced security at the grassroots.

In his acceptance speech, the new chairman of the council, Oba Babatunde Ajayi pointed out that traditional rulers were not to play the opposition, but partners in progress, stressing that it was imperative for government to take into consideration the viewpoints of traditional rulers when formulating policies and programmes.

He expressed optimism that his tenure would be fruitful in local governance and advisory to the state government, noting traditional rulers must continue to act as a bridge between the people and government.