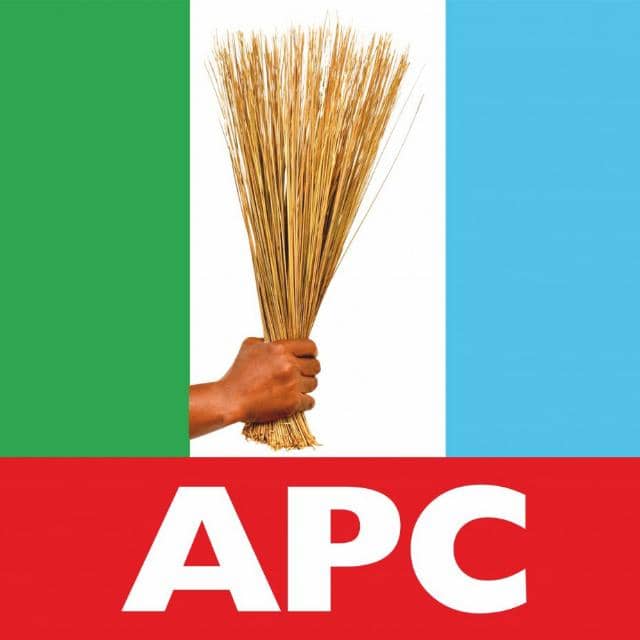 says Abiodun will not be distracted by shenanigans

Oladunjoye described the purported parallel congress conducted by the immediate past governor of the state, Senator Ibikunle Amosun and his loyalists as nothing but a "charade" and a mere gathering of "family and friends."

The party spokesman stated this when he featured on a Rockcity FM radio programme, tagged, “Citizens' Forum”which was monitored in Abeokuta, the Ogun state capital.

He accused Amosun and his followers of planning to cause chaos and throw the state into anarchy by heating up the polity.

According to him, Amosun and his followers are not loyal members of the party but a group of impostors who are only hell-bent on disrupting the peace which the state as been enjoying since the commencement of the Dapo Abiodun Administration.

Oladunjoye argued that the only authentic executives of the party at ward, local government and state levels are those whose elections were conducted by the seven-member congress committee sent from the APC national headquarters in Abuja and monitored by officials of the Independent National Electoral Commission (INEC) led by the Ogun State Resident Electoral Commissioner.

The Publicity Secretary maintained that the purported parallel congress staged by Amosun's supporters was neither sanctioned by the national leadership of party nor monitored by INEC officials.

He, therefore, called on the national body of the party to deal decisively with the impostors who have violated the party's constitution by engaging in anti-party activities.

"For a parallel Exco to exist, that means you would have had the committee sent from Abuja split into two when they got to Ogun State or maybe the national body sent two committees to Ogun State and that was not the case in this matter.

"In political party structure, there are different hierarchies. We had ward congresses in the 236 wards, it was at these ward congresses that five delegates were elected per ward. And after the ward congresses, there was in-built party mechanism that whoever disagrees with that congress will go to an appeal.

"The committee also gave room for these petitioners to present their case. Those who were mentioned were asked to respond, at the end of the day, the party ruled that the ward congresses were in order and it was upheld and it was on the basis of this that we were asked to inaugurate the chairmen as we moved on to the local government congress.

"That means the five delegates elected at the ward level were the main body that will vote at the state congress. So, if anyone now says he has other delegates outside those ones, you know that this will amount to self-deceit.

"The guideline of the party for the state congress states that, the Local Government Party Chairmen, and Secretaries who were elected at that local government congress are automatic members of the state delegate. So, if anybody is now saying he had a congress somewhere, where these people were not present, such congress is a charade.”

"All the elected councillors in the 236 wards are automatic members of the state congress, so if you have a gathering of friends that you are claiming to be state congress and you don't have the elected councillors, you don't have the 26 members of the House of Assembly there, it is obvious that, such cannot be described as anything parallel, it wasn't a congress.

"The state congress must be monitored by INEC and the state Resident Electoral Commissioner (REC) and all the major staffers of INEC were present at our congress, so we shouldn't even be talking about that meeting of friends and family, we are concerned about how our party will support the government, we still have about two years to go to deliver on the promises for the people of Ogun State and not to be dissipating energy on people who ordinarily are not loyal members of our party.

"We are appealing to the people of Ogun State to help us appeal to him and his followers, we don't want to go back into an era of violence in Ogun state, we don't want the polity to be heated up."

Oladunjoye, however, said the ruling APC and the administration of Governor Dapo Abiodun remained committed to delivering on their campaign promises to the people and will not be distracted by the shenanigans of Amosun and his followers.