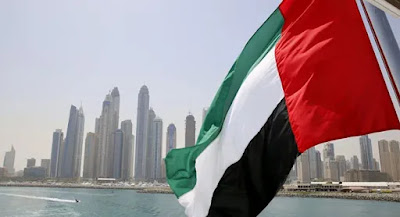 Over 500 Nigerians have lost their jobs and are stranded four months after the United Arab Emirates stopped granting or renewing Direct Employment Visa for Nigerians in the Western Asian country.

It was gathered that while many of the affected persons had returned to Nigeria, hundreds of them are still in UAE in the hope that Abu Dhabi would reverse the decision.

The UAE Ambassador to Nigeria, Dr Fahad AI Taffaq, had said there was no official communication on the issuance of work permits for Nigerians living and working in his country.

Taffaq, who stated this when he received the Chairman, Nigerians in Diaspora Commission, Abike Dabiri-Erewa, at the Embassy in Abuja, in August, noted that he read about the ban in the social media, stressing that “UAE has no restrictions against any nationality.”

But giving an update on the situation in a telephone interview with our correspondent on Wednesday, a UAE resident, Mr Chukwudi Kalu, said he has presented the list of over 500 Nigerians who lost their jobs due to their inability to renew their work visas to the Nigerian Embassy in Abu Dhabi.

Kalu explained that the Federal Government through the embassy and the NIDCOM had held talks with the Emirati government.

He stated, “It is a diplomatic issue between the two countries and there are still ongoing discussions between Nigeria and UAE. It has been very difficult for Nigerians out here. Over 500 Nigerians are affected.”

He added, “Most of those who lost their jobs have gone back home (Nigeria) while some are still here trying to see when this issue would be discussed. Nigerians are losing their jobs in high numbers, that’s the fact.

“I have a Nigerian graduate who was earning N40,000 back home and he came here to UAE and was being paid almost N500,000 every month. Now, his visa would expire by November, he couldn’t renew. He kept calling me every time for an update.”

A Dubai-based activist,  Oluwatosin Fadoju observed that the UAE was using the policy as a punishment against Nigeria, stressing that the FG was not doing enough to resolve the issue.

He stated, “A lot of people are on the streets. People are getting jobs but they cannot work because is there is no work permit. We have not seen any action from Nigeria. We want the Nigerian government to step in.

In her response, the spokesperson,  Ministry of Foreign Affairs, Mrs Esther Sunsuwa, said, “We have no information yet, but we are going to get in touch with our two offices in the UAE: Abu Dhabi; and Dubai; to verify the story. If true, adequate diplomatic steps will be taken to overcome the challenge.”