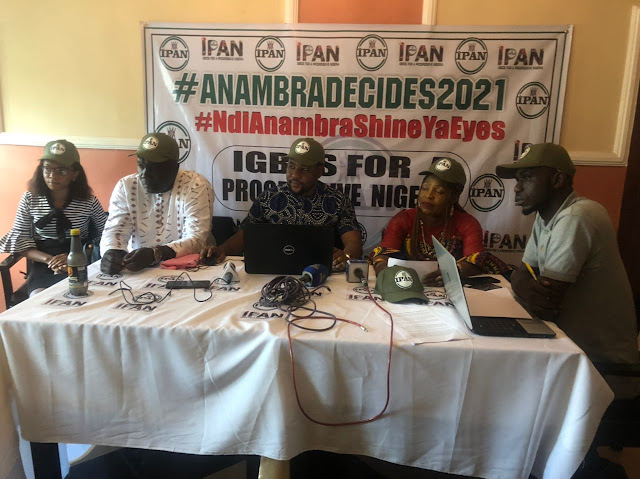 Igbos for a Progressive Nigeria, IPAN, has continued to champion the course of Igbos' position in Nigeria, especially in the 2023 general elections.

IPAN stated that it is high time Igbos are given their rightful positions, as they contribute tremendously to the economic growth of the nation.

National President of IPAN, Comrade Lawrence Onuzulike stated this in Awka, while briefing journalists on the State of the Nation, vis-a-vis November 6 Anambra election.

Comrade Onuzulike called on the need for Ndigbo to re-integrate into national politics, starting with Anambra Governorship Election. 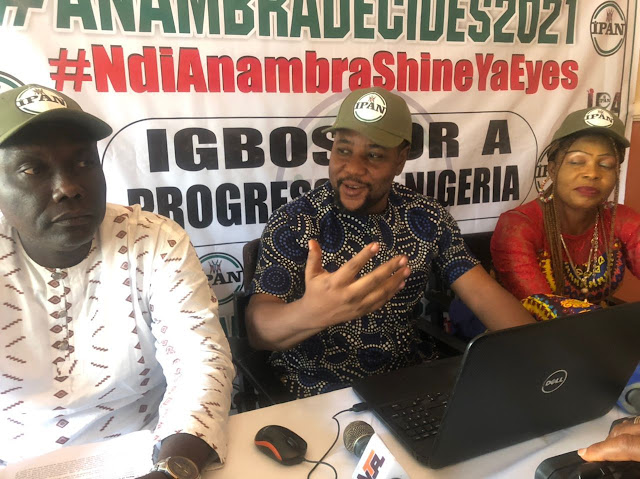 According to him, the ultimate goal of IPAN is to see Ndigbo take their rightful position in this country starting with the election of an Igbo President.

"To be able to achieve that, our people must have major stakes in political parties that can win elections and with national spread.

"IPAN strongly believes in a united Nigeria and we  have been at the forefront of seeking a paradigm shift in the way Igbos engage with the different ethnic nationalities in Nigeria.

" IPAN strives very hard to bring Ndigbo back to great reckoning in the Nigerian political space by building political, cultural and intellectual bridges and alliances with key stakeholders across different geopolitical zones.

"Part of IPAN’s strategy is to reawaken Igbos to take wise and strategic political decisions that will entrench the Igbo race firmly in the Nigerian political fabric. The forthcoming Anambra governorship election slated for November 6, 2021 provides an auspicious opportunity for Igbos to make a bold statement.

"If Ndigbo desire to get more out of Nigeria and produce a president of Igbo extraction, we must show that we believe in the unity of this country, and can be trusted with power to transform this nation and heal the land.

"This is why IPAN is encouraging Ndi Anambra as they go to the polls on November 6, to embrace a candidate who will not only work for the people but bring Ndigbo closer to the center. We must stop playing politics of sentiments, which has given way for selfish and corrupt politicians to continually ride on the people of Anambra." Onuzulike noted.