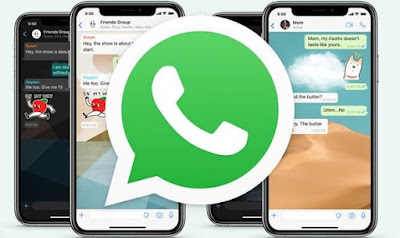 As reported by The Verge, WhatsApp is working on a feature that would allow you to read voice messages without having to listen. There are now plans to implement the WABetaInfo-spotted feature on iOS devices. However, the exact date of its arrival in WhatsApp beta for iPhone users or on Android is not yet known.

It appears that the feature sends speech data to Apple in order to “process your requests,” rather than Facebook’s parent company. However, there’s a caveat stating that the data “will also help Apple improve its speech recognition technology.” However, since the tool hasn’t rolled out officially, it’s not obvious how the data “sent to Apple” will be secured. Currently, WhatsApp’s end-to-end encryption protects voice messages.

After they’re made, transcriptions are stored on your device, and a “Transcript” section makes it possible to jump to certain parts of the voice note. ike Google’s Recorder or Otter.ai, which let you click a word to jump straight into the part of the recording where it’s stated. WABetaInfo, however n order to transcribe WhatsApp voice messages, you must use a third-party application.

There’s no trace of a similar function on WhatsApp’s Android app at the time of this writing. WABetaInfo, on the other hand, speculates that it might be on the way, considering the feature parity between WhatsApp’s multiple apps.