Our Chairman Is Hale, Hearty – EFCC 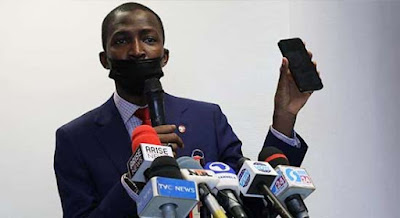 It said that the chairman had received medical treatment after feeling unwell during a function at the Presidential Villa on Thursday.

Spokesperson for the Commission, Mr Wilson Uwujaren, made this known in a statement in Abuja.

Some media reports had it that the EFCC boss slumped and was rushed out of the event earlier in the day.

“The Chairman was giving a goodwill message to the National Identity Day celebration, when he felt unwell and had to return to his seat.

“He has since received medical attention and is due back at his desk,” Uwujaren said.