One dies, 17 Hospitalized As Cholera Spreads To Abeokuta 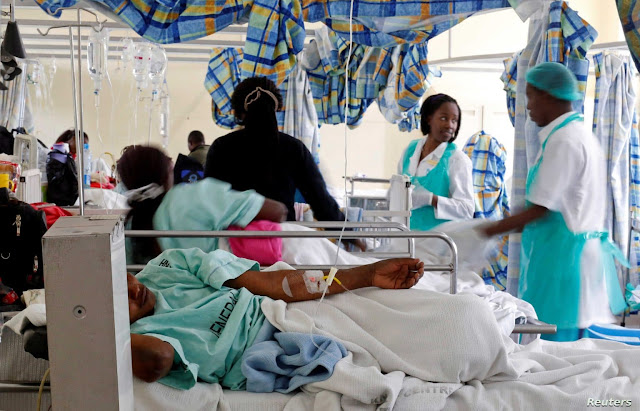 Again, one person was said to have died while 17 others were hospitalised as cholera spread from Magboro to Abeokuta, the Ogun State capital.

Last week, residents of Magboro, Obafemi-Owode Local Government, lamented that about 25 persons, majority of whom were Hausas, had died of cholera, a figure the State Commissioner for Health, Tomi Coker, debunked.

It was said that the disease was spreading among commercial motorcyclists and scavengers in the area.

A week after, residents of Sabo, a Hausa-populated community in Abeokuta has been hit by cholera, killing one as 17 other cases were hospitalised.

The 17 cases were rushed to the State Hospital, Ijaye in Abeokuta, for treatment.

On Thursday, government officials, led by the Special Adviser to Governor Dapo Abiodun on Environment, Ola Oresanya, visited the community and commenced the fumigation and decontamination of homes and environment to stop the spread of the disease.

Oresanya warned against poluting the environment through indiscriminate dumping of refuse and open defecation.

Oresanya said, “We are focusing on area with high population density, you can see the population here is huge. It is huge and they are so close together. The spread of infection is fast around here, most of all these people are motorcycle riders, most of the people ride on motorcycle, the driver that will drive the big man will go on motorcycle to get to work, so you can get contaminated.

“We all buy Suya, we all buy meat in the market, these are the people that sell Suya, that sell meat that we all eat, so we need to decontaminate. It is not just here. We are doing the same thing in the whole of Ogun State,” Oresanya added.