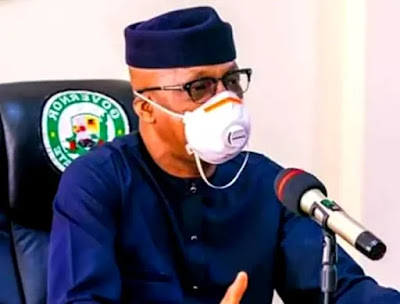 Governor Dapo Abiodun has been told to give a larger percentage of the Value Added Tax (VAT) to local governments in Ogun State after passing the bill into law.

The suggestion was made on Thursday at the stakeholders’ forum on the Ogun Value Added Tax Law, 2021, held at the Assembly Complex, Oke-Mosan, Abeokuta.

It was  reported earlier that the VAT bill had passed first and second readings at the Ogun Assembly on Tuesday.

During the forum held today, the Speaker, Olakunle Oluomo, posited that the bill is to ensure equity and fairness in revenue sharing among the federating units.

Oluomo explained that the bill would ensure improved revenue to Ogun, adding that VAT was not listed in the exclusive list of the nation’s constitution.

With this, the Speaker held that Ogun State had the right to collect VAT, assuring stakeholders of speedy passage of the bill.

While saying Ogun State deserved better than it received from VAT through the Federation account, he equally “canvassed for a higher percentage in the sharing formula of revenue accruable from VAT to the local government councils to aid grassroots development.”

On their parts, stakeholders including the representatives of the State Chapters of Association of Nigerian Authors and the Guild of Public Affairs Analysts, Dr. Paul Oni, Committee for the Defence of Human Rights (CDHR), Yinka Folarin; Director of Industrial Promotion in the Ministry of Industry, Trade and Investments, Engr. Kehinde Akintomide; a former member of the Assembly, Habeeb Ajayi and others called for a review of the collectables under VAT…