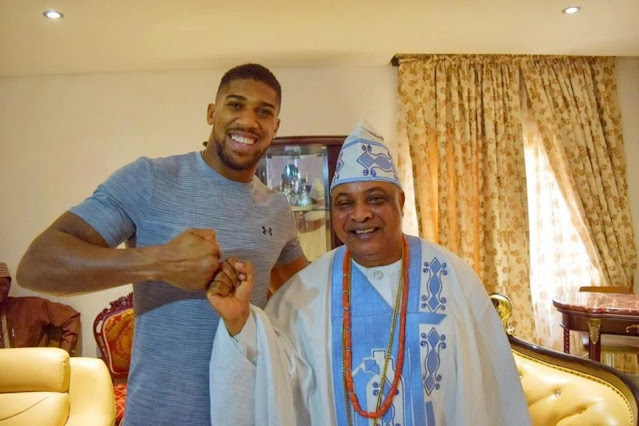 The Akarigbo and Paramount Ruler of Remoland in Ogun State, Oba Babatunde Ajayi, has called on residents and people of Remo across the world to engage in ‘fervent prayers’ in support of the unified heavyweight champion, Anthony Joshua, over his forthcoming fight against Oleksandr Usyk on September 25.

The fight between Joshua and Usyk will determine whether the Remo-born British professional boxer will retain his heavyweight championship or not.

Akarigbo made this call in a statement he personally signed on Thursday.

“It is not a mean feat for anyone to chest out and represent his country. It is indeed a huge challenge for Anthony Joshua while his victory would be a great pride for us all and Nigeria.

“By God’s grace, he would come out triumphant against Usyk in the name that is above all names. Amen.

“Indubitably, the stake is really high for us all. Therefore, moments like this call for every support we can render our own, and most importantly, since we can not all be at the ringside to cheer up Anthony Joshua, please let us support him in fervent prayer and by God’s grace, we shall together celebrate another Anthony Joshua’s victory on the 25th September 2021.

“I thank you all in the solidarity and as you are being there for one of us, the good Lord shall be there for you also all seasons,” Akarigbo prayed.

Joshua has been reviewing old tapes of former cruiserweight champion, Evander Holyfield when he made the move up to heavyweight.