NYSC Lied About Kidnap Tip To Corpers If… – Gbajabiamila 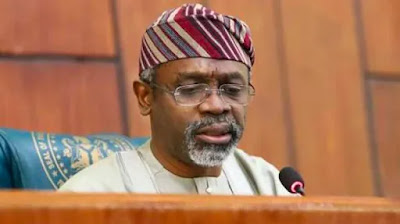 The Speaker of the House of Representatives, Femi Gbajabiamila, has described the security tip concerning kidnapping in a handbook issued to members and staff of the National Youth Service Corps and the official denial of the advice by management of the corps as “problematic.”

Gbajabiamila stated that the NYSC lied about its consequent denial of the advice if the Scheme indeed inserted the worrisome sections in its official pamphlet to corpers.

The NYSC, on Page 56 of the handbook titled ‘Security Awareness and Education Handbook For Corps Members and Staff,’ had advised corps members travelling on “high-risk” roads to alert their “family members, friends and colleagues to have someone on hand to pay off the ransom that could be demanded” in case they are kidnapped.

It listed such roads as “Abuja-Kaduna, Abuja-Lokoja-Okene, or Aba-Port Harcourt” roads.

At the plenary on Tuesday, the Minority Leader, Ndudi Elumelu, moved a motion on the matter, titled, ‘Need to Investigate the Alleged Insertion of the Advice for Payment of Ransom into the National Youth Service Corps Pamphlets Containing Security Tips.’

Elumelu noted that the security challenges in the country affect corps members, as some of them, on their way to respective places of posting, have fallen victim to kidnap-for-ransom, while some have lost their lives to insurgents and other mishaps.

He said, “The House is concerned that in the last few days, reports have surfaced with picture evidence of an embarrassing provision under Section 65(e) of the NYSC Security Tips pamphlet, advising corps members to tell their families to make ransoms available in case they are kidnapped on the road.

“Then House is also concerned that the inclusion of the said section shows a complete collapse in the architectural system of the country’s security forces and a major worry for friends and family as to why their children should be allowed to participate in this compulsory exercise.

“The House is further concerned that the provision shows a lack of concern for the safety of corps members, as against the provisions of Section 19 of the Public Officers Protection Act which places the welfare and security of Corp members on the Federal Government;

“The House is disturbed that the insertion of such a clause by the NYSC in its security tips manual portrays the inability of the government to provide security on the highways as well as surrender by the government to kidnappers and bandits.”

Elumelu, therefore, prayed the House to mandate the Committee on Youth Development to “investigate the insertion of item 65(e) in the NYSC Security Awareness and Education Handbook to ensure that adequate measures are put in place to provide safety of corps members across the country.”

Gbajabiamila, however, noted that the NYSC had denied that such advice was in its handbook.

“I am aware that they tried to deny it but I have before me the pamphlet – the public document – which I got from the NYSC certified and Section 65(e) is very clear and unambiguous. And this is the pamphlet that they have been using everywhere,” Elumelu said and went further to read out the part.

Responding, the Speaker said, “If that is from NYSC, it is definitely problematic…if it is. But where an institution has come out publicly, not privately, and officially denied something, we must also take cognisance of the fact – which is a problem in this country – about documents, even the Constitution – unfortunately, you find fake (copies of the) Constitution being sold on the streets – and something needs to be done about that.

“I find it difficult that if they (NYSC) truly put that in there – and I am not holding a brief for them; maybe they did; if they truly have that in their official pamphlet and they still come out and deny it; that is not a denial, that is a lie. There is a difference; that is actually a lie if they actually did that.”

Gbajabiamila, however, ruled that the House verifies the authenticity of the handbook. “If it is authentic, then, there is a problem,” he stated.

The motion was unanimously adopted by the lawmakers.