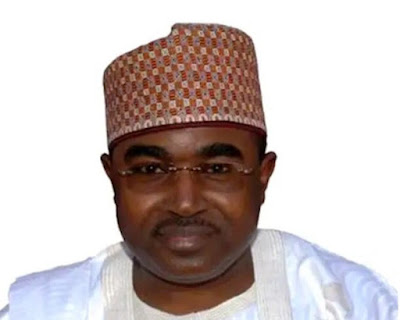 There are always two sides to a coin. Almost twelve months now that Nigeria youth protested against #ENDSARS I e war against police extortion, injustice and irrational brutality.
Lots of things were said. Both positive and native from the protest shaped lots of issues politically. President Muhammadu Buhari shifted attention on Nigeria youth.
The positive side of the coin is the appointment of Brig. Gen. Mohamed Buba Marwa (Retd), OFR as Director General of National Drug Law Enforcement Agency (NDLEA) after #endsars took place. There are findings that Nigeria youths have been lured into drugs from every level.
Therefore, President Buhari believes there must be moves to stop this illicit acts. He beckoned on Marwa who was also a retired military man.
Since he assumed office months ago, he has flushed out those illegal activities within our youth and drug dealer’s sponsors.
There are lots of news on drug trafficking on either our airports or land borders where those youths into drug dealing are caught red handed.
Another landmark after he resumed office was the breaking jinx of thirty-two years since the establishment of this agency, the federal government approved NDLEA Barracks Nationwide.
During recent meeting the NDLEA boss, Buba Marwa, said Mr Buhari on the agency’s activities at the Presidential Villa, Abuja, that the FG has endorsed the construction of barracks for workers of the National Drug Law Enforcement Agency (NDLEA) and their families across the country.
The NDLEA boss noted that the building of barracks for the agency staff had become imperative to protect them and their families from criminals involved in drug trafficking.
“I raised the issue of barracks. The NDLEA has been in existence for 32 years. All other agencies, Armed Forces, Police, Customs, Immigration, Road Safety, all have estates, and barracks, except the NDLEA; we still don’t have barracks.
“And now, considering the hazardous nature of the work that we do, the danger in it, we arrest and jail the criminals and then live amongst them,” Mr Marwa said.
According to the NDLEA boss, of all the issues he discussed with Mr Buhari, the president was more interested in the construction of barracks for NDLEA operatives.
He said the president “was very well-seized of it”, and “disclosed that when you send operatives, to go into the forest, to go after the criminals, they will be encouraged if they knew that their own families are secured in a barracks somewhere.”
He said the agency got a positive response from Mr Buhari and was looking forward to the execution “as soon as it is practicable.”
Mr Marwa said he also requested for youthful recruitment of more personnel into the NDLEA.
“Another thing we talked about was the issue of recruitment. Considering the size and responsibilities before us and we also again received a listening ear, we are very grateful.”
On their activities, Mr Marwa disclosed that the agency had seized illicit drugs worth over N100 billion, stating that the money recovered had been deposited with the Central bank of Nigeria.
He said the NDLEA had sought forfeiture of the drugs from the courts for destruction.
According to him, between January and September this year, 1,630 people involved in drug crimes were sentenced to various terms of imprisonment by the courts across the country.
“As far as activities in the drug supply reduction sphere are concerned, we have seized drugs worth billions of naira, over N100 billion.
“Those cash have been sent to the Central Bank and the actual drug themselves, we have sought forfeiture from the courts for destruction.
“Since January, we have jailed 1,630 of these shameless criminals and murderers who traffic drugs. We have counselled and rehabilitated over 4,000 within our NDLEA facilities,” he said.
This is the kind of positive moves Nigerians need. Marwa has really amazed lots of Nigeria technocrats and diplomats. The NDLEA boss, Buba Marwa actions have changed faces and images of Nigerians in the diaspora and international communities who think nothing good comes out this green and white country.
Without being immodest, Buba Marwa deserves more accolades.
Though, danger of writing a tribute to any high profile personality in Nigeria today is obvious: the writer runs the risk of being misrepresented as a political praise singer, or at times, time and tide can cast him as a bootlicker, especially, if the subject of his adulation suffers a reversal of fortune, materially or reputation-wise. But with Brig. Gen. Mohamed Buba Marwa (Retd), OFR, you can safely write an eulogy because, you can be sure that ten years later, his stock will remain bullish. So, as he clocks 68 today, September 9, 2021, any piece of writing about him is no piece of sophistry because Marwa has been as constant as the Northern Star in the affairs of leadership, as he is presently exhibiting as the Chairman and Chief Executive of the National Drug Law Enforcement Agency, NDLEA, where his exploits are making leadership such a fine art that gladdens the hearts of many Nigerians and international partners in this unending season of anomie.
Brig. Gen. Mohamed Buba Marwa (Retd), OFR is an enigma of Nigeria leader who lots of people should emulate.
Online Reporters Association Nigeria celebrates you.