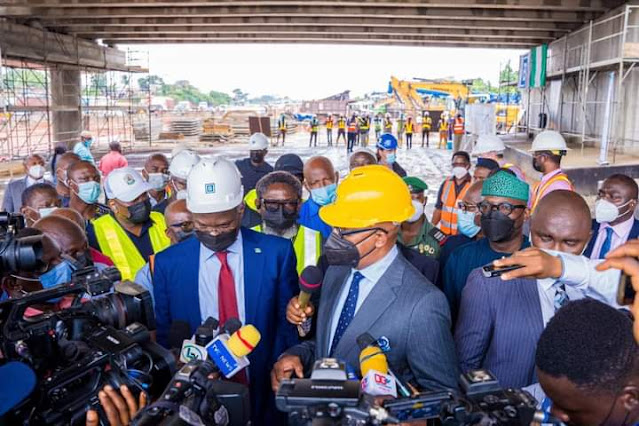 The people of Sango-Ota and its environs would soon heave a sigh of relief as Ogun State Governor, Prince Dapo Abiodun, has revealed that palliative works will soon commence on the bad portions of the Lagos-Ota and Ota-Idi-Iroko roads, and to be concluded by December.

Governor Abiodun who stated this on Wednesday when he led the Minister of Works and Housing, Mr. Babatunde Fashola on an inspection of the ongoing construction of Toll Plaza at Lotto, along the Lagos-Ibadan Expressway, stated that the palliative which would be done by December, is  to reduce the hardship being experienced by commuters along the roads.

The Governor also said the failed portions, which would be reconstructed by the Federal Road Maintenance Agency (FERMA) would cost N13.4bn and would be part of the N56bn revived contract sum. 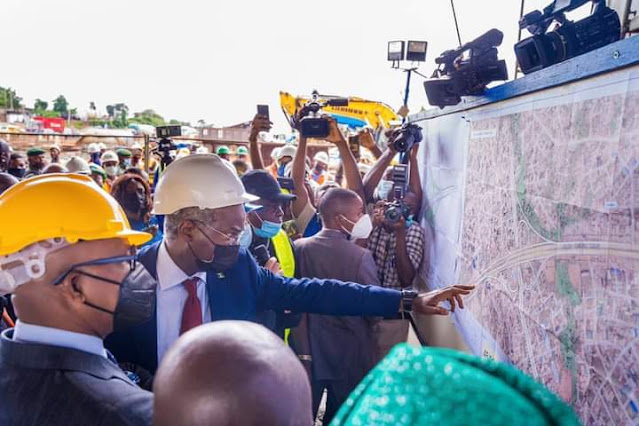 "In the meantime, the Minister has graciously instructed that FERMA fixes those places and immediately begin to carry out palliative works on that road.

"We have given the commitment that we will relocate traders; we will control and manage traffic, whatever that it is we need to do, we will ensure that we begin to bring succour and needed relief to our people.

"The state of that road today is pitiable. I went on that road myself and I felt bad for our citizens, however like the Minister has explained, we have decided to find a fasttrack solution and I must thank the Minister. He has graciously decided to extract those failed portion, those very terrible portions, not just at the old Toll Gate but about two kilometers of all the failed portions along the length of that road up to Abeokuta. 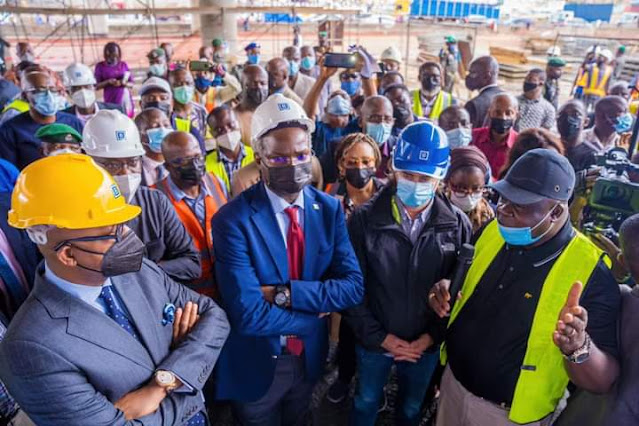 "They've identified those portions, they are costing them right now, they are extracting them from the main contract, they have costed them to be about N13.4 billion. He is going to find money using SUKUK bond to pay the contractors so they can focus on those places, not just rehabilitating them, but actually reconstructing them so that when the rest of the road construction commences, they will just commence and compliment those ones, so that is what is being planned.

On the Ota- Idi-Iroko road, the Governor said talks are ongoing to get Mike Adenuga to handle the reconstruction of the road subject to approval by the Federal Executive Council, as done by Dangote, who handled to the Ilaro-Papalanto road. 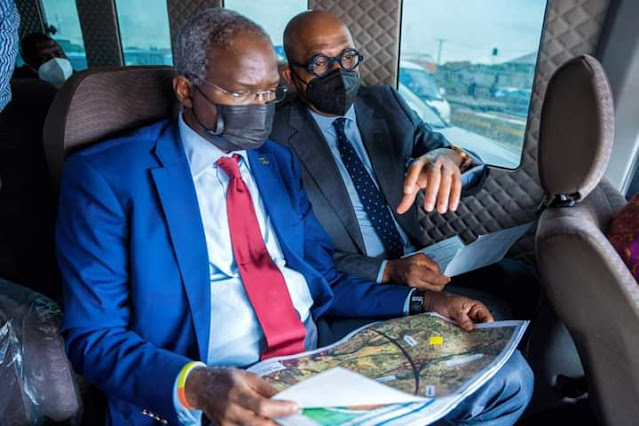 "On the Ota-Idiroko road like the minister has shared with us, that road is not under contract, but graciously, we spoke to Otunba Mike Adenuga, in the partnership that this state has built with the likes of Dangote who also is using his tax credit to build the Interchange to Papalanto Road, this has never happened before this Government came on board.  This people have been in Nigeria and they've not partnered with the state or federal government before. We must be doing something right to make Dangote to decide to use his tax credit to construct two major roads. Papalanto is almost N70 billion and also the Epe-Ijebu-Ode road going through Odogbolu road, it is another road he has accepted to do".

Prince Abiodun who described Ota as the industrial hub of the State, noted that there were lot of emotion concerning the deplorable condition of roads in the town, saying "with work about to commence on the roads, succour would soon come to the people before the end of the year.

"There are other issues that have been in the social media and in the news in the last few weeks, particularly issues that deal with the state of Ota roads and the reason for that is very simple, Ota is the industrial hub of this country and enjoys a lot of overflow of traffic from Lagos. So, of course, there is a lot of emotions about the state of roads in Ota and like the Minister and I discussed, Ogun State has probably the largest federal roads in this state.

"Now, we spoke to Otunba Mike Adenuga and he graciously accepted that he was going to use his tax credit to fund the construction of the Ota-Idiroko road, but that has to go through a process, for him to fund the road.

"Federal government must accept his design, valuation and a lot of things have to go to the federal executive council", he explained.

Speaking earlier, the Minister for Works and Housing, Mr. Babatunde Fashola said the Lagos-Ota road, inherited from the previous administration, was first awarded in the Year 2000 with the contract sum of N6bn and now needed the sum of N56bn for its completion.

He said though work started and completed on the Lagos end of the road, the bridge head at Ota had been in deplorable condition for sometimes now, pledging that FERMA has been saddle with the responsibility of fixing the fail portions of the road.

On the Ota- Idi-Iroko road, the Minister said measurements, designs and office work were going on just as the State government was committed to clearing the road for construction of gutters to commence.

While sympathising with those who ply the road, Mr. Fashola  said government needed the support of lawmakers in making funds available for infrastructural development in the country.