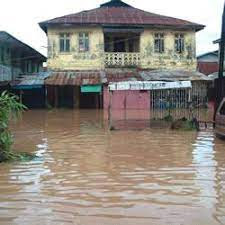 Lagos State Government has alerted residents, especially those in areas contiguous to the Ogun River about the continuous steady release of water from the Oyan Dam.

In a release signed by the Commissioner for the Environment and Water Resources, Tunji Bello, he said officials of the state have been monitoring the release which was earlier announced through an advisory.

He listed areas where the release of water is being felt as Isheri North, Kara, Itowolo, Ajegunle, Majidun, and Ogolonto.

Tunji Bello stated that it is the intensity of the rainfall recorded in Lagos and connecting rivers that determines the level to be released by the Oyan Dam authorities.

Bello stated that as more water is released from Oyan Dam, peaking in October, residents in low-lying areas should be on standby to move to higher grounds.

Specifically, he said residents who live in the downstream of Isheri Olofin up to part of Agboyi will experience flooding as earlier alerted.

Bello stressed that similarly, Onikoyi/Agelete community at IBA New Town at IBA LCDA are also experiencing flooding due to their closeness to the Yewa River.