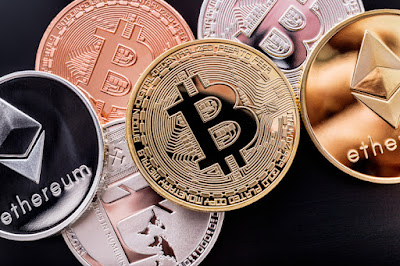 China’s central bank, on Friday, declared that all cryptocurrency-related transactions are illegal and they must be banned. The apex bank cited concerns around national security and “safety of people’s assets.”

Ten agencies, including the central bank as well as banking, securities and foreign exchange regulators, vowed to work together to root out “illegal” cryptocurrency activity, the first time the Beijing-based agencies have joined forces to explicitly ban all cryptocurrency-related activity.

The People’s Bank of China (PBOC) said cryptocurrencies must not circulate as traditional currencies and that overseas exchanges are barred from providing services to mainland investors via the internet, cutting the likes of Coinbase and Binance off from the world’s second-largest economy.

The PBOC also barred financial institutions, payment companies and internet firms from facilitating cryptocurrency trading nationally. It also stated that the Chinese government will “resolutely clamp down on virtual currency speculation, and related financial activities and misbehavior in order to safeguard people’s properties and maintain economic, financial and social order.”

It’s an “imperative” to wipe out cryptocurrency mining, a task key to promoting high-quality growth of China’s economy, the NDRC added in a notice to local governments.

The NDRC said it will work closely with other government agencies to make sure financial support and electricity supply will be cut off for mining. The national planning body also urged local governments to come up with a specific timetable and road map to eradicate such activities.

China is home to some of the world’s largest crypto mining services.

This clampdown is the most outspoken activity from the country’s most powerful regulators, against cryptocurrency in recent times. China banned financial institutions and payment companies from providing services related to cryptocurrency transactions, and warned investors against speculative crypto trading in May this year. Beijing’s crackdown on Bitcoin mining and trading forced crypto mining companies to seize operations in the same month.

Even cryptocurrency-related social media accounts were not spared as most of them were blocked in June this year.

Trading crypto-currency was officially banned in China since 2019, but had continued online through foreign exchanges.

With this announcement today, Bitcoin , the world’s largest cryptocurrency, dropped over 6% to $42,2167 on the news, having earlier been down about 1%.