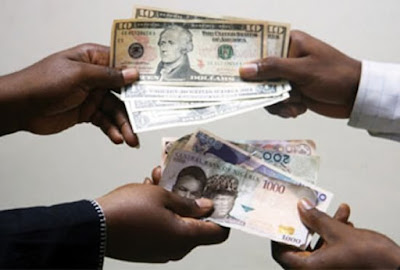 Online foreign exchange update platform, Aboxi FX, says it will no longer provide daily updates on foreign exchange rates following complaints by the Central Bank of Nigeria that it is responsible for the current crisis in the Forex market which has brought the naira to its knees.

CBN Governor, Godwin Emefiele, had said the bank would shut down the operations of Aboki FX which it described as illegal.

However, Aboki FX said in a statement on Friday that it would no longer publish exchange rates for now and hoped that the naira would stabilise.

“Aboki FX is fully functional but we will not be publishing any form of rates on our platform for now. We sincerely hope this suspension will lead to the naira appreciation from next week. With our decision to temporarily suspend online rate publication, we are aware that there will be limited visibility of parallel rates information which will impact decision making for many,” it said.

The platform denied manipulating the market, adding that there was no way it could have such power.

It further stated that it usually gets its information from bureau de change operators in Lagos.

“None of our data source providers know who we are or what their rates are being used for. This is to avoid any manipulation of rates. Our staff have a daily routine of going to the market to gather rates as all the BDCs in the country have their rates clearly displayed on their rates board and parallel market dealers give the information away freely. All we do is collate all that information and display it on all our platforms daily,” the firm said.

As regards allegations of fraud levelled against its founder, Olusegun Oniwinde, by the CBN governor, the company said such allegations were not proven.

The firm said it doesn’t trade forex and it had always stated this on social media.

“Aboki FX purely provides benchmark parallel rate information which helps guide our users in almost 200 countries across the world. Aboki FX does not trade FX which we have always maintained in our emails and social media platforms,” it said.