Publisher of award winning blog Omonaijablog.com, has added another feat to his recent award as the Best Social Media Blogger at 2021 YOMAFA Awards. The hardworking media practitioner has now been appointed as the Media Director of popular Nigerian Media Nite-out Awards, NMNA.

This new appointment is following the success the 15th edition of Nigerian Media Nite-out Awards, NMNA recorded about a week ago. 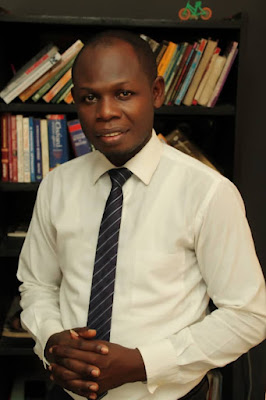 With this appointment, Omonaijablog.com publisher will be Coordinating Media Recipients and other media functions as at when due.

Born February14, 1984 in Ikare Akoko, Akoko North East Area of Ondo State, Nigeria. Mr. Shaba Gbenga had both his Junior and Senior Secondary School Education in Ondo State before proceeding to study Mass Communication at the Federal Polytechnic, Offa, Kwara State where he graduated with HND in Mass Communication in 2008.

Mr. Gbenga Shaba had his NYSC at the Ministry of Information, Kano State, in 2009/2010. He is also an associate member of Institute of Strategic Management, Nigeria.

He joined Encomium Magazine in 2011 as a reporter, where he grew to become one of the finest young reporter being courted by several other organizations including notable online platforms.

He later joined Yes! Magazine, another award winning tabloid in Lagos as an Editor and a Columnist.

This accomplished Public Relations Practitioner, Online Media Strategist, Social Media influencer and a dedicated journalist, later established Omonaijablog.com in 2016 to meet the needs of great percentage of people who craves for a credible news.