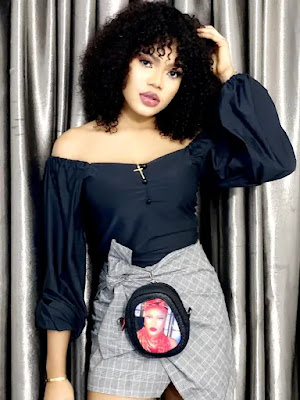 The Big Brother Naija Season 6 themed “Shine Ya Eye” has attracted both knocks and kudos since the yearly reality TV show began. But it appears there have been more knocks than kudos as many feel this year’s edition is a bit off the rails, in terms of decency and entertainment.

To budding Nollywood actress, Iyoha Faith Itohan better known as Faithy Itohan, in a chat with Potpourri the show is rolling of course and far from what it used to be.

“BBNaija “Shine Ya Eye” is going well and so far I’ve loved Liquorose and Whitemoney. In fact I’ve loved all of them and their characters. Most importantly, the organisers did so well in the audition of this year’s edition,” she added

Faithy Itohan’s disenchantment with lust and eroticism running wild in the House may not be unconnected to some confessions of Housemates sleeping with one another and openly admitting it or even making a meal of it.