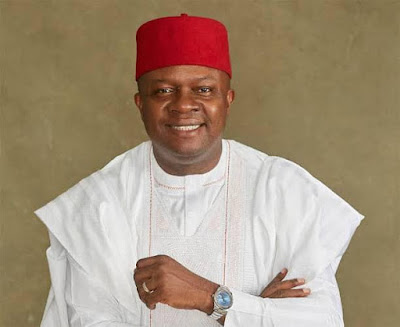 The Peoples Democratic Party (PDP) calls out the Chairman of Independent National Electoral Commission (INEC), Prof. Mahmood Yakubu, to come clean on unpalatable reports in the public space that the commission plans to conduct the November 6 Anambra state governorship election from Imo state.
The party also asked the INEC Chairman to speak to further allegations, especially from the Governor of Anambra state, Governor Willie Obiano, that INEC is planning to recruit returning officers from Imo state as well as to allow the All Progressives Congress (APC)-led government of Imo state to write the original results sheet in Imo state.
The PDP describes the alleged compromises by INEC as vexatious, provocative, completely intolerable and a direct recipe for a serious crisis in Anambra state, the southeast region and by extension derail our nation’s democratic order.
Our party firmly rejects the reported move by INEC to use its facility in Owerri, Imo state capital, for the storage of electoral materials for the Anambra governorship election, rather than in Anambra state.
The PDP holds this stance given the well-known electoral character of Governor Hope Uzodinma and the APC.
Our party insists that any attempt to hand over the materials to Governor Uzodinma by storing them in Imo state amounts to rigging the election before its conduct, adding that such could lead to a breakdown of law and order in the zone and scuttle the November 6 election.
Moreover, if INEC, for any reason desires to keep the materials in another state order than Anambra, the best choice ought to be Enugu state, given the availability of a functional airport, a more secure environment with regional security formations as well as better storage facility at the Central Bank of Nigeria (CBN) in Enugu.
The PDP calls on the INEC Chairman to save the situation by speaking out as well as taking steps to reverse the reported plan, should there be any of such.
The PDP however called on the people of Anambra to remain calm, law-abiding but very vigilant as they rally behind our party and candidate, Valentine Ozigbo, for victory on November 6.