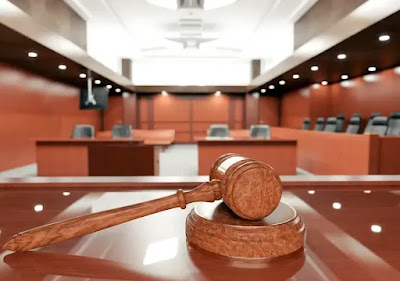 The judge, in a ruling, discharged the interim order of injunction granted the plaintiff (Rite Food Limited) on February 9, 2021, restraining NBC from further promoting or using any sales promotion material, engaging social media influencers and any other selling promotion, for its Predator Energy drink in the Nigerian market.

The plaintiff, Rite Food Limited, had filed a motion ex parte for an interim injunction against the defendant, NBC, restraining it from further promoting or using any sales promotion material for its ‘Predator’ energy drink, in a manner that infringes or passes off or that is capable of infringing or passing off the plaintiff’s ‘Fearless’ energy drink, until the interlocutory application for an injunction is determined.

The judge said that since there is a pending suit before Justice Oguntoyio, he will allow the instant suit to go on.

Justice Aneke said: “To avoid the confusion, this court will seize from further hearing of this suit to allow other instant suits go on. I, therefore, discharge the order made by me to allow the instant suit go on.”

The plaintiff (Rite Foods) in the suit accused NBC and its Managing Director of using its Fearless energy drink’s logo on their ‘Predator’ energy drink.

The plaintiff alleged that trademark infringement of its product by NBC negated the common law property right in the goodwill of ‘Fearless’ energy drinks and Trade Marks Act, Cap T 13, Laws of the Federation of Nigeria 2004, which offers exclusive rights to get ups and designs of products already in use by it.

NBC had denied any claim of trademark violation or passing off with its Predator Energy drink vowing to contest the case vigorously in court. NBC, meanwhile, asked the court to set aside an ex-parte injunction obtained by Rite Foods Limited against the continued promotion of the Predator Energy drink in the Nigerian market.

However, NBC’s counsel, Mr. Oluseye Opasanya (SAN), during the proceedings, told Justice Allagoa that Rite Foods’ applications were brought malafide and were without merit as the suit lacked a firm ground to stand in law.

He contended that the Predator logo had been in existence and use in many markets outside of Nigeria even before the launch of Fearless by Rite Foods in the Nigerian market.

In an affidavit attached to the suit, the plaintiff stated that Rite Foods’ ‘Fearless’ energy drinks, which consist of the Red Berry and Classic brands, were launched into the Nigerian market on June 15 and 16, 2017, respectively, and has gained a wider market share before the NBC’s “Predator’ brand which made entrant in June 2020.

And based on the time factor, the plaintiff claimed that the trademark has been in use by the Rite Foods’ brands before NBC’s “Predator” drink was launched into the market.