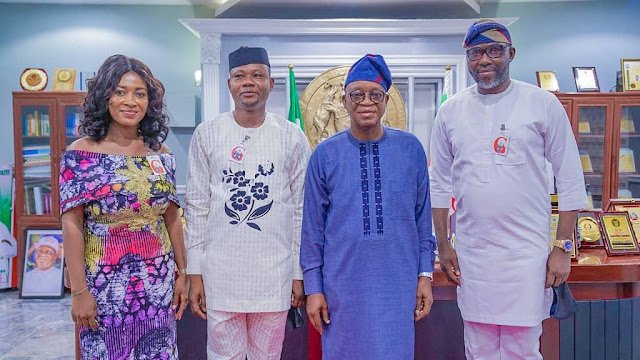 The visit which is part of the ongoing efforts of the APC Youth Lobby Committee set up by the APC Caretaker Committee & Extraordinary Convention Planning Committee ably led by His Excellency, The Governor of Yobe State Mai Mala Buni to engage the leadership of the party across the states and advocate for more youth inclusion in government and the party hierarchy.

This visit to Osun is timely as the APC State Congresses are only a few weeks away. The meeting afforded the South West committee interact with the Governor and present the ask of the youth particularly the need to have young people not more than the age of 40 years as youth leader in the forthcoming state congress. 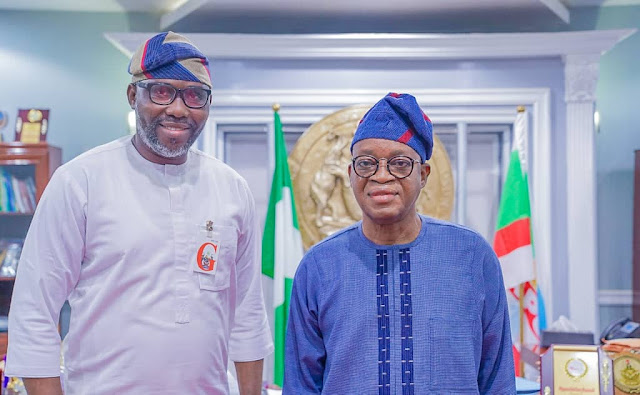 In the remarks of Honorable Repete who represented the National APC Youth in the delegation, he acknowledged that the Governor has shown great love for youth inclusion from the crop of young people in the current cabinet. He thus applaud the efforts of the Governor for so doing whilst asking for more.

In his response, the Governor His Excellency, Alhaji Adegboyega Oyetola whilst acknowledging the efforts of the youth equally stressed that the setting of the committee is a good step in the right direction and having a committee dedicated to pressing demands for the youth within the party is commendable. He praised the national committee for the great initiative. 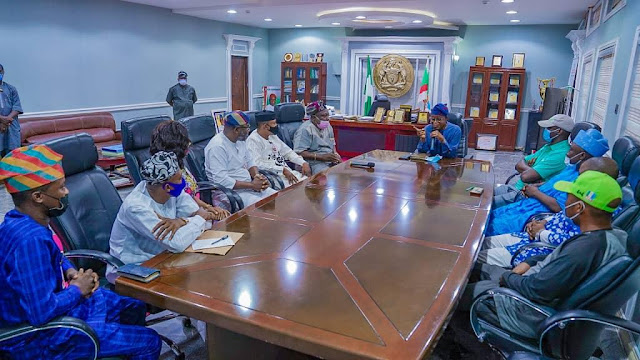 He then highlighted that has rightly mentioned by Honourable Repete the government has paid considerable attention to the youth and has made it a core of the administration. He mentioned that the government has a policy for the youth themed around the EEEE (Education, Engagement, Empowerment, Entrepreneurship).

This position was furthered by the Governor when he made reference to the caretaker chairmen of the local governments who are majorly young people and the recently concluded ward and local government congresses that equally produced a good number of young people.

He then gave a commitment of ensuring that the request of having a youth of no more than 40 years as youth leader at the state congress be considered achieved.

Speaking also during the visit were Honourable Lanre Oyegbola-Sodipo who in his remarks highlighted that mainstreaming more young people in government and leadership of APC is strategic for the party because it will serve as a boost to encourage more youth to join the party and also support the party. He made reference of the recent of INEC on the CVR where 71.1% of new registered voters are youth between 18&25 years.

Titilope Gbadamosi who spoke on behalf of the female youth equally highlighted that having younger women in positions which as women leader, welfare Secretary and if possible publicity Secretary will mean more inclusion for women.

Honourable Ahmed Babalola and Honourable Kazeem Faleye were also present at the meeting in Osun.