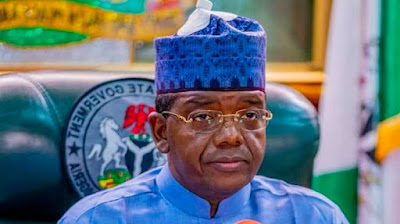 Gunmen, on Wednesday, invaded the Government Day Secondary School, Kaya, in the Maradun Local Government Area of Zamfara State and abducted no fewer than 73 students.

The PUNCH gathered that the attack, which came barely five days after some students of the  College of Agriculture and Animals Science, Bakura, were released, occurred around 11am when the students were sitting their examinations.

As of the time the gunmen were attacking the Kaya school, the state governor, Bello Matawalle, was attending a prayer session organised by his administration, where he called on the residents of the state to rise up and fight the bandits back.

In its reaction to the latest incident, the Arewa Consultative Forum expressed sadness over the attack and abduction of the students.

Although residents of the community said 76 students were taken away by the bandits, the police confirmed the abduction of 73 from the school in the Maradun Local Government Area, where the governor hails from.

It was learnt that the students were in their classrooms when the gunmen stormed the school and asked them to march out.

Findings indicated that some of the students managed to escape as the gunmen were taking their colleagues away.

An indigene of Kaya, Mallam Abu Kaya, who confirmed the incident in an interview with The PUNCH, said although the number of the kidnapped students had yet to be ascertained, the victims could be more than 100.

“We have yet to ascertain the actual number of the students abducted, but we believe that they could be up to 100.”

He added that the school had a population of over 300 students and explained that the town was deserted due to the fear that the bandits could return to the area.

Abu said the gunmen came to the school on motorcycles.

“When they arrived at the school, they blocked some roads leading to the school and began to shoot indiscriminately in order to scare away residents of the town, while some moved into the school and took some of the students away,” he stated.

My four daughters among the abductees – Ex-councillor

Speaking to The PUNCH on the telephone, an immediate past councillor from the area, Yahaya Kaya, said more than 100 students were not seen after the bandits had left

He explained that “as the remaining students returned to their respective homes, we discovered that 76 of them were in the bandits’ den.”

Yahaya said some of the students had returned home, while one of them sustained serious gunshot injuries while he was trying to escape.

The ex-councillor stated that four of his daughters were among the abducted students.

“My four children, Hafsat, Nusaiba, Haulatu and Aminatu, who are all females, are among those abducted,” he said.

Yahaya expressed displeasure over the incident, lamenting that the absence of security personnel in and around the school contributed to what happened to the students.

According to him, there was no single security agent attached to the school to secure both the staff members and the students in spite of the prevailing insecurity in the state.

Yahaya stated, “There is no security agent in the school despite the security challenges we are facing here.

“Everybody knows that Kaya is one of the most dangerous spots because of the location of the town.”

Another resident, whose children were kidnapped, Mallam Sani Garba, said the terrorists were wielding AK-47 rifles.

According to him, all those who were able to run out of the school were able to escape, because the gunmen did not pursue them.

Garba stated, “The bandits didn’t pursue the students who ran out of the school. They only evacuated those that did not run away.

“And when the bandits left the place, only a few students were seen, while others ran away.

“But now, those who fled are back home. We understand that 76 of them have been kidnapped.”

Efforts to get comments from the principal and members of staff of the school proved abortive as they claimed that they had been instructed not to talk to the press on the incident.

But the state police command, in a statement on Wednesday evening, put the number of the abducted students at 73.

The Public Relations Officer of the command, Mohammed Shehu, said in a statement, “The Zamfara State Police Command wishes to confirm the abduction of 73 students of the Government Day Secondary School, Kaya, in the Maradun LGA.

“The abduction followed the invasion of the school by a large number of bandits today (Wednesday) at exactly 11.22 hours.

“The command, under the leadership of CP Ayuba N. Elkanah, has deployed a search-and-rescue team that was mandated to work in synergy with the military to ensure the safe rescue of the abducted students.

“The CP appealed to the general public, especially parents and relatives of the abducted students, to exercise patience and continue to pray for the success of the ongoing rescue operation. Security has also been beefed up at Kaya village and its environs to forestall further attacks on the communities.

“Further developments will be made known to members of the public.”

The state government, in addition to the restriction of movement of motorcycles and tricycles, also restricted the movement of all vehicles from 8am to 6pm in Gusau and from 6am to 6pm in other local government areas.

In a statement, the Commissioner for Information, Alhaji Ibrahim Dosara, said the state executive council deliberated on Wednesday’s incident and noted that there was the need to take other measures in order to effectively tackle the security challenges facing the state.

Use any weapon at your disposal, come out en masse – Zamfara gov

But at a prayer session in Gusau, the state capital, the governor called on the people of the state to wake up and defend themselves against attacks by bandits.

The special prayer was organised by his administration to seek God’s intervention against banditry.

Matawalle said, “I am calling on the people of the state, particularly those in the rural areas, to use all the available weapons at their disposal and protect themselves whenever the bandits attack their villages.

“As from today, you should come out en masse and face the bandits if they come to your villages.

“Do not sleep in the night and if you get any information that the bandits are coming to your communities to attack you, try to ambush them with all the weapons in your possession.

“We have to remove the fear from our minds and face these hoodlums so that they will understand that we can fight them.”

Matawalle expressed optimism that if the measure was adopted, the issue of banditry would soon become history.

Prominent Islamic scholars in the state had converged on a mosque, where special prayers were offered. The programme was also broadcast live by the state-owned Zamfara Radio.

The Southern Nigeria Frontier spokesman, Olufemi Lawson, told The PUNCH that the incident in Zamfara had validated the group’s belief that the activities of terrorists in the state were similar to the Boko Haram ideology.

The pan-northern organisation, the Arewa Consultative Forum, and the Southern Kaduna Peoples Union condemned the abduction of the 76 students.

The National Publicity Secretary of the ACF, Emmanuel Yawe, expressed sadness over the latest attack and abduction of students.

The ACF’s spokesmen told one of our correspondents in Kaduna, on Wednesday, that the northern body was not happy with the activities of bandits.

Yawe said any government that could not protect the citizens had no reason to exist.

He stated, “So, what has he (Matawalle) put in place? People should not just make pronouncements. If he is calling on the people to rise up and defend themselves, he should be able to supplement all the efforts that the people are making.

While condemning the latest abduction of the schoolchildren in Zamfara State, the spokesman for the umbrella body of the Southern Kaduna People, Mr Luka Binniyat, said the solution to the “madness” lies in the call by the Katsina State Governor, Bello Masari, for self-defence."