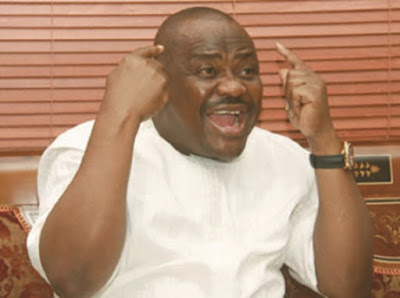 The Rivers State Governor, Nyesom Wike, became the focus of attention as he made a surprise appearance at the ongoing meeting of the People’s Democratic Party Board of Trustees.

Serving governors are not members of the BoT.

It was not clear whether or not he was invited to the meeting but he has been fingered as one of those behind the current agitations within the party.

The party’s BoT meeting which began moments ago has in attendance founding members of the party including former Senate Presidents, David Mark, Adolphus Wagbara, Senator Abdul Ningi, and the BoT chairman, Senator Walid Jibrin among others.