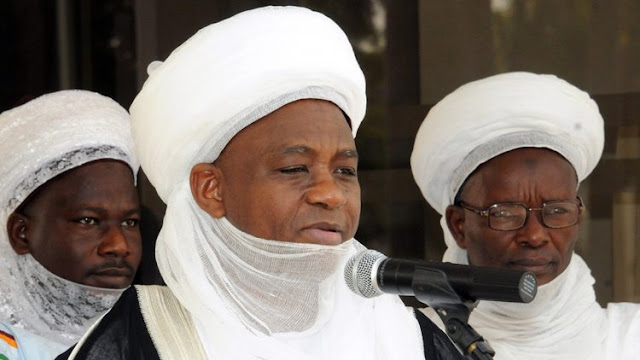 The News Agency of Nigeria (NAN) reports that the declaration marks the Islamic New Year 1443AH, commencing on Tuesday.

Abubakar III made the declaration in a statement issued on Sunday by Prof. Sambo Junaidu, the Chairman, Advisory Committee on Religious Affairs, Sultanate Council, Sokoto.

“The Sultanate Council Advisory Committee on Religious Affairs in conjunction with the National Moon Sighting Committee did not receive any report confirming the sighting of the crescent of Muharram 1443AH on Sunday Aug. 8.

“The Sultan accepted the report and accordingly declared Tuesday, August 10, as the first day of Muharram, 1443 AH,” he said.

Abubakar III felicitated with the Nigerian Muslim Ummah on the New year celebration and wished them Allah’s guidance and blessings.

He also urged Nigerians to continue to pray for peace, progress and development of the country.

Muharram, the first month in the Islamic calendar, is one of the four sacred months mentioned in the Holy Qur’an, along with the seventh month of Rajab, the eleventh and twelfth months of Dhul-Qadah,as well as Dhul-Hijjah, respectively, preceding Muharram.

During the month of Muharram, warfare is forbidden in Islam and Muslims believe that devotion in the sacred months attracted a lot of reward from the Almighty Allah.

Meanwhile, Gov. Aminu Tambuwal of Sokoto State has declared Tuesday as a public holiday in commemoration of the Islamic New Year, 1443AH.

Tambuwal in a statement issued by Mr Muhammad Bello, his Special Adviser, Media and Publicity, said the declaration followed the statement of the Sultanate Council of Sokoto on the New Year.

He appealed to the Muslim Ummah across the country to pray for peace, peaceful coexistence and progress of the country.

Oyo, Kebbi, Jigawa, Katsina and Osun are among other states that had declared Aug. 10 as a public holiday to mark this year’s Islamic New Year.