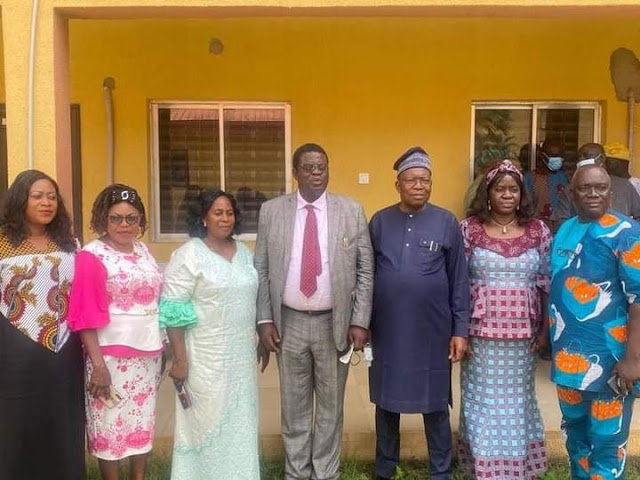 The meeting which was facilitated by the Central and West Africa Virology Epidemiology (WAVE) Project was aimed at raising the awareness and training Cassava farmers, Extension Officers, Cassava seed multipliers/seed entrepreneurs and other critical stakeholders in the Cassava sector, on the use of healthy planting materials, symptoms recognition to prevent the incursion and spread of Cassava brown streak disease (CBSD) in West Africa. 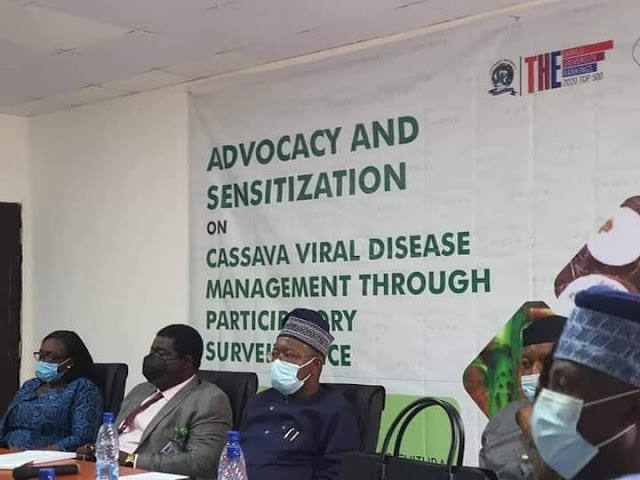 The WAVE project is an international research programme funded from the Bill & Melinda Gates Foundation (BMGF) and the Foreign, Commonweath and Development Office (FCDO) of the United Kingdom and is being implemented in ten West and Central African countries including Nigeria. The programme also works closely with smallholder farmers and national key stakeholders such as Researchers, Extension Officers,Seed Multipliers,  Scientists  and Policy Makers to put in place preventive control measures to mitigate the impact of these viral diseases.

Ogun and Benue State were selected as pilot locations for the participatory surveillance intervention for the South West and North Central Zones of Nigeria respectively, being the largest producers of Cassava in the two zones.

Declaring the meeting open, the Honourable Commissioner for Agriculture in Ogun State, Dr. Adeola Odedina hinted that Ogun State has one of the biggest Cassava Anchor Borrowers Programme (ABP) in the country,  hence the importance of the participatory surveillance Programme to help improve Cassava productivity which in the long run would ensure Food and Nutrition Security, in line with the Agricultural Agenda of Ogun State.