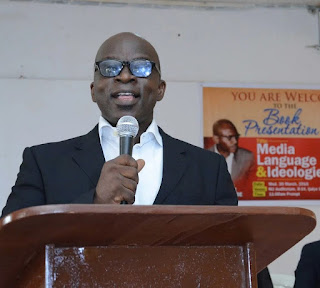 One of Nigeria’s leading media training academies, The Nigerian Institute of Journalism (NIJ), has taken its manpower training in media and communication studies to a new level by floating a film and television school.

“Aside the rich content and practical sessions, the training comes with internship opportunities in the film and media industry to make its graduates competent and very marketable upon graduation,” she said.“The coming of the academy is in line with NIJ’s pursuit of its dual heritage in academic learning and professional development, and that experienced professionals have already been mobilised to provide cutting edge teaching in the film and media industry generally and Nollywood particularly.

The programme would be organised in collaboration with Ovueta, a film and television company, and will avail students with contemporary content in film and media.

NIJ alumni and current students interested in running the programme are entitled to fabulous discounts, the release added.

The NIJ film and television academy is one of the many innovations introduced by the current management led by an experienced media practitioner, and former president of the Nigerian Guild of Editors (NGE), Mr. Gbenga Adefaye to take the school to the next level.