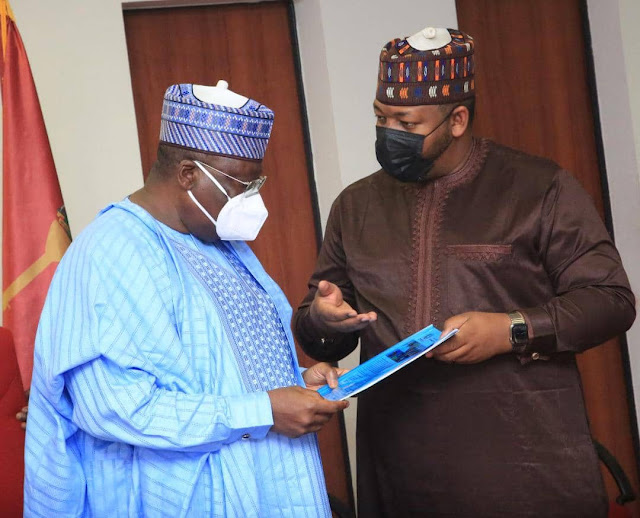 The Senate President, Senator Ahmed Lawal whilst receiving the APC National Progressives Youth Lobby group led by Barrister Ismaeel Ahmed the National Youth Leader of the APC and Senior Special Assistant to the President on SIPs at the Senate building this afternoon encouraged APC youths to sustain the momentum in their quest for affirmative action in mainstreaming more young people in government and in politics.

Speaking during the courtesy call to the Senate President, he noted that the APC and indeed Nigeria will gain a lot when there are many young people in the leadership of the APC across board and also in the governance of Nigeria. 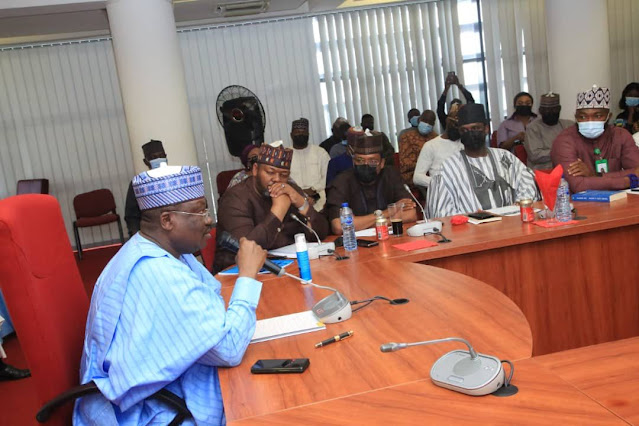 His position was hinged on the fact that the youth have creative energy and number, and that they form a critical mass when it comes to political victory. The APC in recognition of this fact has therefore paved way for the youth in the recently concluded ward congresses by set an age cap for youth leaders to be a maximum of 40 years. 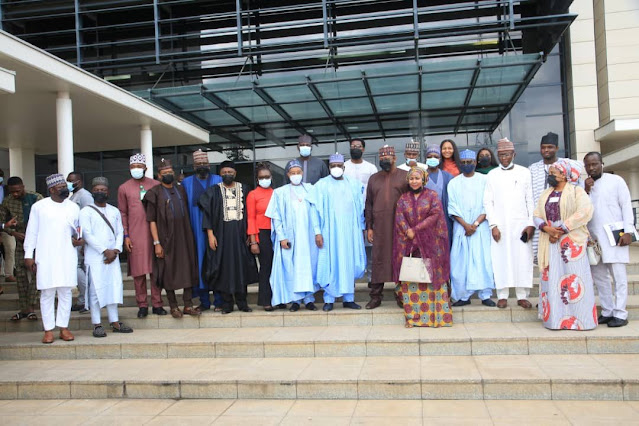 The Senate President believes that this is a good move and will greatly aid the rebranding of the APC as a youth-centric party and ultimately benefit the country as more progressive and creative ideas that can transform the country will be reflected across board. He therefore lends his voice and support for the APC e-registration being championed by the youth and stated that it will be a good move to bring more young people into the APC.

Earlier in the meeting, a member of the delegation Ms Fatima Kakuri who spoke on behalf of the group noted that the APC Progressives Youths are engaging all the critical stakeholders for the purpose of achieving strategic mainstreaming of the youth in the leadership of the APC and the governance structure of the nation.

She noted that the youth are appreciative of the age cap for youth leaders which to some extent was achieved in the ward congresses but that it will be even more beneficial for the APC to have a critical representation that is youthful. He cited the opportunity that the APC will have if the Publicity Secretary and Organizing Secretary in addition to the Youth Leader are young people not more than 45 years old across board.

Speaking further he hinted of the request that the Progressive Youth is putting before the party to have a Progressives Youth Institute which shall be for the purpose of training and nurturing young Nigerians and instilling in them Progressives ideals and ideology. This he believes shall significantly improve governance outcomes and develop a good number of future leaders.