"I Am Extraordinarily Excited About What The Lagos State Chapter Did"......... Aminu Suleiman DG, Tinubu Support Organization 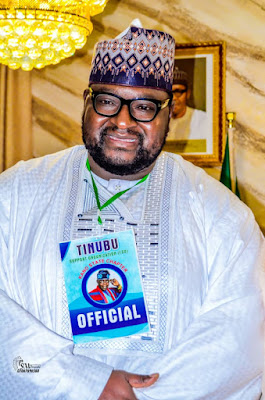 It's been a while when this journey started from the Northern part of Nigeria with the sole aim of mobilizing the teeming Nigerian citizens especially youths to press on His Excellency, Asiwaju Bola Ahmed Tinubu to contest for the seat of the President come the year 2023 and in the long run rally for the desired support of all Nigerians for him during the electioneering.

The idea of forming this Organization came into my mind because of the long-term relationship between my humble self and my leader, my father and mentor, His Excellency, Asiwaju Bola Ahmed Tinubu as well as the firm belief I have in his capacity to take the future of this country to a greater height. It is indeed a huge success and soothing to see that the Organization now has over 50 chapters across all the states of the federation and the diaspora working day and night to mobilize support for the Organization and its aims and objectives.

Additionally, other groups exist in the country which is also doing similar Jobs with our organization and are mostly looking for collaboration with us because they have been watching with keen interest what we have been doing so far.

Further, it is particularly a big plus for the Organization when one watches the Calibre of people that were present (both in-person and virtual) at the formal inauguration of the Directorates and commencement of the Mobilization Planning Committee of the Lagos State chapter of the Organization in Lagos 2days ago. It is my firm belief that the acceptance of this Organization and its core values in Lagos, which is the heart of the country and the kind of commitments and support we are receiving will serve as a good signal that our crusade will be fruitful and has come to stay by the grace of the Almighty, this is because the other parts of the country will definitely follow suit.

To buttress my assertion, I am glad to observe that many of our members from across the country are already hoping and calling on their leaders to copy what the Lagos State chapter of the Organization did.

Consequently, I am extraordinarily excited about what the Lagos State chapter did. I do on behalf of myself, being the Director-General of Tinubu Support Organization (TSO) and the entire members of the Organization appreciate everyone that contributed in one way or the other to the success of the occasion as well as the progress of this Organization.

I assure Lagosians that I will not take their commitment to our Organization for granted.

On a final note, I appreciate the efforts of all my coordinators and their respective teams across the country and beyond for the wonderful job they have been doing to ensure the success of our journey.

Thank you very much and I urge you to keep it up while 2023 is fast approaching.